According to China's State Council, the country will, "accelerate preliminary work and construction on key investment projects..." That spending is supposed to help boost growth, but it also speaks to the opportunity for continued construction of the infrastructure to support the country's shift from rural to urban living. Companies like Rio Tino (NYSE:RIO), BHP Billiton (NYSE:BHP), Vale (NYSE:VALE), Teck (NYSE:TECK), and Peabody Energy (OTC:BTU) are ready to help.

Room to expand
According to Vale, China's crude steel consumption per capita is tracking a similar path to South Korea. Only, China's use is less than half that of South Korea. It's also hundreds of thousands of kilograms less than Japan's use. Vale expects steel production in Asia, which admittedly includes more than just China, to increase nearly 25% between 2012 and 2020. Iron ore imports, meanwhile, are projected to increase 35%! China continuing to build is a big part of this.

However, there's the issue of oversupply holding down prices throughout the steel value chain right now. For example, on the metallurgical coal side, Joy Global (NYSE:JOY) has warned that metallurgical coal, used in steel making, will see continued supply pressures. That's because its mining equipment sales suggest that new, low-cost mines are on tap that will simply exacerbate the oversupply of met coal.

That's not good news for the coal miners that supply met to Asia. That includes Peabody Energy, which sells met from Australia, and Teck Resources, which mines for steel making coal in Canada. That said, Teck's sales volume in 2013 set a record. Although low coal prices were a big drag, volume wasn't the issue. While new mines may keep prices low over the near term, both Teck Resources and Peabody Energy are large enough to emerg from these dark days.

Not as bad as it looks
So there's truth to the oversupply concerns, but how bad is it in the iron ore space? According to Vale, not nearly as bad as it might seem. For example, the miner says that about a third of the planned new capacity in the iron ore industry will be replacing depletion of current reserves. Companies have to do that or they will eventually go out of business when they have no more iron ore to sell.

Still, low prices are making it hard to justify investing in new mines. That's why Vale believes that, "the 'Window' to enter the market [is] closing" and that, "Even projects already under construction, but still without full funding, are at risk." That makes sense, since cutting back is all the rage in the industry, with giant players like Rio Tinto and BHP Billiton touting cost cutting efforts like putting off investments. 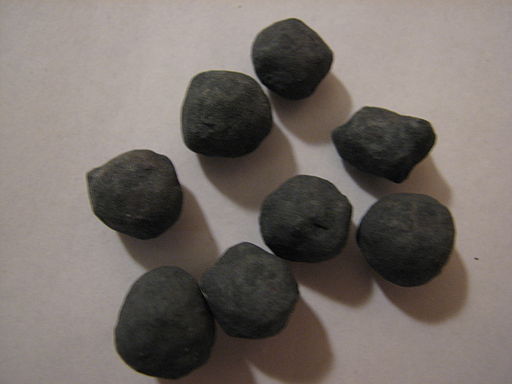 In Rio's fourth quarter press release, it highlighted that, "Exploration and evaluation savings delivered $1 billion, against the 2013 target of $750 million." BHP, meanwhile, noted, "...a 25% reduction in cash outflows from investing activities..." in the first six months of its fiscal year ending in June when it released results.

Clearly, the giant miners are cutting back across the board. However, BHP Billiton's iron ore production was up 19% year over year (met coal was up 22%). Rio Tinto, meanwhile, sold a record volume of iron ore last year. Even though demand may not be as robust as it once was, clearly there's plenty of demand still out there. And China, even if it slows down from here, will remain a big part of that.

It's not easy being a miner
The mining industry has a history of supply and demand imbalances leading to extreme commodity price swings. Right now the needle has swung toward oversupply and low prices. However, for large and financially strong miners like Peabody, Vale, Teck, Rio, and BHP, it's just a matter of time before industry-wide cut backs take hold and prices recover. All five are positioned to benefit as the normal cyclical trend works itself out.

China Shouldn't Be Counted Out, At Least Not Yet @themotleyfool #stocks $BTU $BHP $TECK $RIO $VALE $JOY Next Article
Current