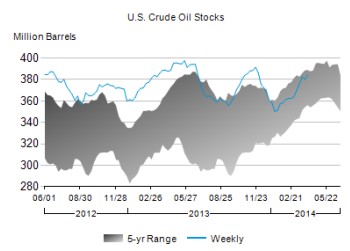 Gasoline inventories shrank 5.2 million barrels (2.4%) for the seventh straight draw. Demand for motor gasoline over the last four-week period is up a seasonally adjusted 4.4%. In the last year, supplies have fallen 5.3%.

Over the past week, retail gasoline pump prices increased slightly to hit $3.60 per gallon. 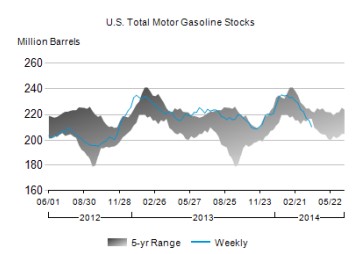 Distillates supplies, which include diesel and heating oil, inched up 0.2 million barrels (0.2%) for the third week of increases. Distillates demand for the last four weeks is down a seasonally adjusted 1.1%. Unlike oil and gasoline, distillates inventories have edged up 0.4% over the past year. 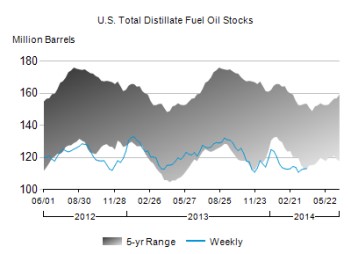