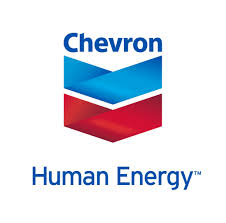 Until very recently, there were plenty of signals that oil and gas giant Chevron (NYSE:CVX) was on more solid ground than it was on last year. After a punishing performance in 2013, marred by stagnating production and deteriorated refining margins, 2014 was shaping up to be a much better year. A sizable amount of optimism surrounded Chevron, as well as other integrated majors such as ExxonMobil (NYSE:XOM), for many reasons. The most prominent of these are renewed capital discipline, several upstream projects coming on-line, and improved downstream profitability thanks to recovering margins.

However, Chevron has released its preliminary first-quarter outlook, and the expectations are very weak. In fact, Chevron's announcement implies that its recovery throughout the upstream and downstream segments of the integrated business model will take longer than initially anticipated. This will almost surely test investors' nerves, but at the same time, long-term investors would be wise to exercise patience.

Weather the most recent storms

In its press release, Chevron stated that both production of oil and gas, and overall profits, will fall on a quarter-over-quarter basis. The primary culprit for this is apparently harsh weather, which had a negative impact across several key production geographies including Kazakhstan, Canada, and the United States. In addition, Chevron will take charges for writedowns on certain assets. Lastly, currency fluctuations may be harsher than usual as well, due to the strengthening U.S. dollar.

This is surely a disappointment, as current analyst projections are for Chevron to do much better than its announcement implies. Previously, analysts expected $2.74 per share in first-quarter profits. Chevron stating its current quarter will mimic its fourth quarter will not be well received, since Chevron earned $2.57 per share in the final quarter of 2013.

The previously mentioned factors behind optimism of Chevron's current quarter were reflected in the earnings estimates, which will most likely come down now. There was hope that Chevron's capital restriction and promising lineup of upstream projects would boost profitability in the near-term. Chevron plans to reduce spending by about $2 billion this year. Like Chevron, ExxonMobil pledges to cut spending by $2 billion as well. And, ExxonMobil is hopeful that its record queue of upstream projects expected to start-up this year will fuel production growth once again.

Not all bad news
One positive item from Chevron's recent announcements is that it, and South American oil and gas major YPF SA (NYSE:YPF), will spend an additional $1.4 billion to continue developing the Vaca Muerta shale in Argentina. Drilling in the region began last year, and the two companies said they would drill 170 wells this year, 30 more than their previous 2014 estimates.

Hopefully, this new round of investment will help add to Chevron's production. The Vaca Muerta is a major area of focus for Chevron, which is the sixth-largest oil producer in Argentina. The company lists the Vaca Muerta as one of its most important shale plays, including it among other premier operating areas such as the Permian Basin in the United States. Drilling additional wells there is a positive sign that Chevron may be able to increase full-year production, which dipped in 2013.

Is Chevron dead money?
That's what investors may be asking themselves following the company's preliminary first-quarter warning. After a disappointing performance last year in which profits fell 18%, investors were clearly hoping for a better year from Chevron. While 2014 is far from in the books, it looks like Chevron's turnaround may take longer to materialize than some would like.

However, Foolish investors would be wise not to panic when it comes to Chevron. Its continued investment in Argentina is a good sign. And, certain markets Chevron operates in are showing some signs of recovery. For example, the downstream segment may show improvement from last year's disastrous results. ExxonMobil management noted that global downstream margins were improving in the company's fourth quarter earnings presentation.

Harsh weather took a bite out of the first quarter, but weather is a short-term effect. And, currency fluctuations are entirely outside a company's control. Plus, Chevron still offers investors a 3.4% dividend yield that pays you well to wait for the turnaround to materialize. That's why Fools should be patient with Chevron.