While many investors are still trying to figure out whether or not Rite Aid is turning around, the company is displaying solid growth on the heels of an aggressive expansion strategy.

After significant doubt on my part, I finally have to admit that the turnaround happening at Rite Aid (RAD 7.95%) appears to be real. In fact, the turnaround may be much more than real; it may even be worth investing in.

Rite Aid recently announced its fourth-quarter earnings. The results were mostly impressive, beating consensus estimates on both the top and bottom lines. Additionally, the company announced that it was acquiring a RediClinic, a leading operator of retail clinics in America. The news was enough to send shares of Rite Aid soaring more than 14% at the open. 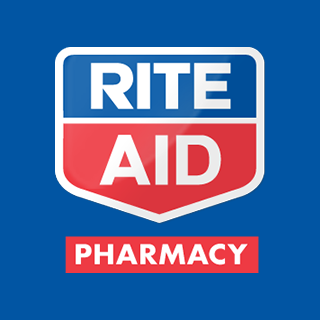 Earnings beat
For the fourth quarter of fiscal 2014, Rite Aid reported revenue of $6.6 billion and earnings of $0.06 per diluted share. Results handily beat the average analyst estimates of $6.54 billion and $0.04 per share, respectively.

On a year-over-year basis, fourth-quarter revenue grew 2.2% from $6.5 billion. The top line was driven in large part by strength in comparable-pharmacy-store sales, which grew 3.5% in the quarter. Excluding outside items, diluted earnings per share would have been $0.10 for the quarter, representing a nice improvement from last year's EPS of $0.07.

Thanks to the strong teamwork of our dedicated Rite Aid associates, we delivered strong fourth-quarter and fiscal 2014 results, including new company records for fourth-quarter and full-year [a]djusted [earnings before interest, taxes, depreciation, and amortization].

These accomplishments reflect the significant progress we're making in executing key initiatives and delivering on our promise to actively work with our customers to keep them well.

From turnaround to growth
In the earnings release, management reiterated the news that longtime Rite Aid shareholders have been waiting so long to hear: The company has progressed from being a turnaround story to a growth story.

The fundamental change in story at Rite Aid has been driven by several initiatives: management's focus on acquiring strong brands like RediClinic to strengthen the company's overall health-care portfolio, the expansion of its existing deal with McKesson Corporation (MKC 2.74%), and the further build out and remodeling process of store locations.

The acquisition of RediClinic, of which terms were not disclosed, represents a significant step for Rite Aid. The move will not only help the company expand into the greater Texas area, where RediClinic is based, but it will also allow the pharmacy company to expand into the retail-clinic space.

Retail clinics play a critical role in today's health care delivery system and will play an important role in Rite Aid's overall health and wellness strategy. We are committed to working with RediClinic to expand its current footprint in Texas and, in the near future, begin to bring its expertise in delivering convenient health care and wellness programs to Rite Aid customers in select Rite Aid markets.

The expanded agreement with McKesson is significant as well. As a leader in pharmaceutical sourcing and supply management, McKesson is a major component of Rite Aid's pharmacy business. The company is responsible for sourcing and distributing the pharmacy's generic drugs, which means Rite Aid and its customers can take advantage of McKesson's direct-to-store delivery method for generic and branded medicine.

The current deal in place between the two companies was set to expire in March 2016 but has since been extended to March 2019.

Finally, in the last year alone, Rite Aid remodeled 405 of its store locations, relocated another 11, expanded five, and acquired one. The best part is that management has stated numerous times that store expansion will remain a priority for Rite Aid in the years ahead.

Bottom line
As one of the relatively smaller national pharmacy chains right now, Rite Aid is making big moves. The company successfully turned around its challenged business in the last few years and returned to growth.

The fact that management is keeping its foot on the throttle, as evidenced by the recent acquisition of RediClinic, should be extremely encouraging to investors. The market must now view Rite Aid as less of a turnaround play and more of a growth story in the health-care industry.