Innovation is the cornerstone to any successful business. From automakers and restaurants to mobile device makers and biotech companies, innovation is what separates one company from the next. It's also what drives revenue and profits for a company higher, and potentially provides for a happier and healthier lifestyle for the rest of us. 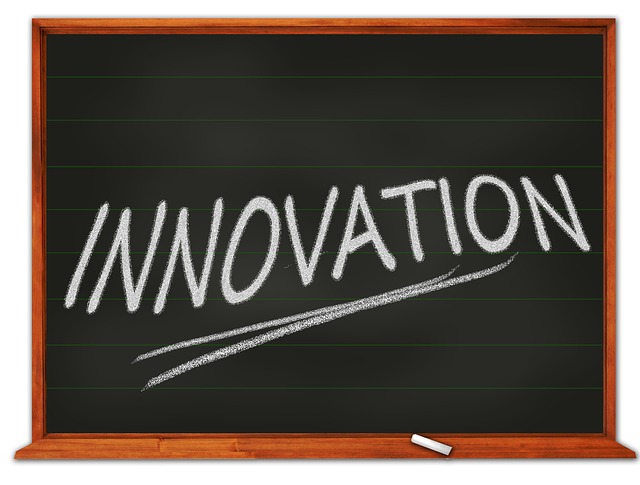 The problem with innovation is that some products, ideas, and concepts are well ahead of their time; so much so that sometimes Wall Street firms and investors simply don't understand how to value a company or sector. This isn't to say that the company or companies behind these innovations won't succeed, but there are a number of questions that can arise when new and disruptive products and ideas are brought to market for the first time such as scalability, whether or not the underlying company can ever be profitable, and whether or not this innovative solution can unseat an existing product or concept. The end result can often be maddening share price fluctuations for the companies behind these innovations.

With that in mind, I would opine that there are five innovations currently taking Wall Street by storm that no one -- not Wall Street firms or investors -- really has any clue how to properly value. In no particular order, these are:

Companies like Tesla Motors (NASDAQ:TSLA) have proved beyond a shadow of a doubt that electric vehicles can be the future and that its business model is more than likely viable, but the scope of how quickly EVs change the world is anyone's guess.

Currently, even with a better than 20% dip in Tesla's share price since its recent highs, Tesla is valued at $25.1 billion. Many would point to its non-GAAP profits, its lack of advertising since its Model S sells itself, and its recent track record of exceeding deliveries as all the more reason Tesla will reshape the automotive landscape.

However, on the other end of the spectrum we have to consider that Tesla's total forecasted production for 2014 equates to what industry giant Toyota can produce in less than two days. There are also a number of other infrastructure constraints such as a very limited number of supercharger stations within the U.S. as well as the exclusionary nature of EVs (i.e., they're pricier and you have to have a place to plug it in each night, which can be difficult for condo and apartment owners). Also, Tesla's plans to build a Gigafactory to manufacture lithium-ion batteries comes with a number of additional risks.

Again, I'm not saying Tesla doesn't succeed, but the disassociation between its current valuation and the aforementioned risks is even shocking to Tesla's CEO Elon Musk.

Organovo is utilizing its proprietary bioenginnering technology to develop a liver assay test that may be on the market as soon as this year, but it also holds plenty of promise with regard to the possibility of engineering organs for organ replacement and cancerous cells for biopharmaceutical companies to use to more rapidly test experimental cancer therapies. The idea here is access to bioengineered cancer cells could dramatically reduce the fail-rate of drugs in the clinical setting and allow for more rapid development of cancer-focused therapies.

But Organovo's success isn't guaranteed. With no products currently on the market and the real potential of organ development and cancer cell development likely years out, Wall Street and investors are going to have to come to terms with years of expected losses still to come. Until such time as Organovo does have a product on the market, the long-term viability of the company could remain in question.

In year's past biopharmaceutical companies focused on specific properties and pathways of cancer-cell proliferation and attempted to devise therapies that would alter how those cells multiplied. To some extend that's been successful, though the scope of overall survival in many instances hasn't improved as much as we would have liked to see. The new method of attacking cancer, however, involves retraining the body's immune system to recognize and attack cancer cells that often go undetected.

Dendreon (NASDAQ: DNDN) set the stage for immunotherapy drug developers with the approval of late-stage prostate cancer vaccine Provenge in 2010, but sales of the therapy have disappointed in a big way. Originally Provenge was expected to be a $4 billion drug – now it may struggle to reach $400 million in the U.S. and EU combined due to a poor launch and plenty of competition! The reality is that immunotherapy platforms such as Dendreon's offer plenty of promise in theory, but many are unproven and/or still working their way through clinical trials. Valuations on outlying immunotherapy companies have, in turn, soared, perhaps without a lot of justification.

In sum, it could be years before Wall Street and investors know for certain whether immunotherapy vaccines become a cancer game-changer, or if they were simply overhyped.

4. 3-D printing
Similar to electric vehicles, I don't think anyone would argue against the idea that 3-D printing has the potential to drastically alter the manufacturing and industrial sector. The best part might be that many of the companies involved in making 3-D printing technology are already profitable, so the question of business viability has pretty much been dealt with.

3-D printers offer companies the potential to prototype practically anything for a fraction of the cost as in years past when prototype orders were often done in bulk and with some degree of "guestimating." The end result of 3-D printing technology should be cost and time savings for businesses and improved product quality since everything is controlled internally by the company that owns the 3-D printer. Not to mention, 3-D printing potential extends far beyond manufacturing. It's quite possible 3-D printers could even make food for us on a large scale in the future.

Of course, the map of where 3-D printers are headed isn't crystal clear -- it's more of an opaque and foggy mess. In spite of being profitable, companies like 3D Systems (NYSE:DDD) have basked in their growth predominantly due to acquisitions. 3D Systems over the past four years has acquired in excess of 30 companies, which makes it incredibly difficult for Wall Street and investors to evaluate the actual organic growth of 3D Systems' printers.

One needs to only look at voxeljet's performance since its IPO to get an idea that no one really has any clue on where to value 3-D printing stocks at the moment. This is an industry that needs time to mature, and until it does so shares of the underlying 3-D printing companies are probably going to be volatile.

The potential for NFC is enormous, and it's one reason NFC chip producer NXP Semiconductors (NASDAQ:NXPI) has soared. In addition to replacing your credit card in the supermarket, coffee shop, and restaurant, it could also be used to check in at the airport or to pay your bus fare, among other things.

Yet, for all the hype surrounding NFC technology, it's yet to catch on in a huge way, which makes valuing NXP and the sector so incredibly difficult. With the exception of a chain like Starbucks, which has embraced mobile payments, the NFC experiment in a number of fast-food chains hasn't been as successful as expected, at least in my own personal experiences. I can't think of a single instance where I actually saw a customer use the EasyPay option where they touch their chip-embedded debit or credit card to the available POS device over the past five years. Based on this, I can only imagine how few consumers are actually utilizing their mobile device to pay for goods.

At some point investors may tire of the "maybe this year" talk from NFC chip makers, which could cause NXP's share price to be quite volatile.