A simple trip to the grocery store showed a Fool that The Kroger Co. could be a serious contender in the online retail wars. 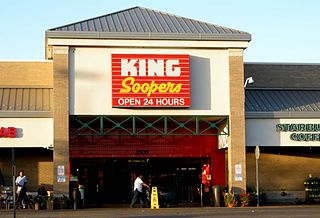 Paying attention to surroundings can pay off for shrewd investors. A recent visit to a King Soopers, Colorado's The Kroger Co. (KR -1.22%) subsidiary, to pick up some coffee and taco shells revealed something very intriguing from a contrarian investor's standpoint.

Local perspectives
Like many modern grocery stores, the location of King Soopers in question happens to be a massive supermarket located in a former shopping mall in the Bear Valley neighborhood of Denver. Because of its size it happens to double as a fulfillment center. That's right: King Soopers' employees were traveling the aisles pulling orders for online customers as shoppers filled their carts.

The Bear Valley King Soopers is a fulfillment center for the chain's Home Shop online retail operations. According to its website Home Shop is now offering a wide variety of products including beer, wine, liquor, flowers and almost all of King Soopers' grocery products. If that wasn't enough Home Shop is being offered all over Colorado even in the ski towns of Beaver Creek and Vail.

Kroger has figured out how to make expansion into online retail far less risky. Instead of spending a fortune building fulfillment centers like Amazon.com (AMZN -8.43%) has done, Kroger simply leverages resources it already owns: existing grocery stores. The grocer doesn't need to buy additional merchandise for its online customers, nor does it have to hire additional staff to stock and maintain a warehouse.

The fulfillment process works something like this: Kroger associates are given a special cart with a tablet computer mounted on it. The cart carries several special plastic containers that orders can be loaded into. The tablet displays the shopping lists, and the employees simply go through the aisles pulling the orders. The containers are then placed on Kroger delivery trucks at the back of the store.

Has Amazon Entered the Grocery Business Too Late
Jeff Bezos had better take a close look at this process even as he touts Amazon's grocery business, Prime Fresh. Kroger already has much of the infrastructure it needs to go head to head with Amazon in groceries. It also has years of experience with groceries and delivery.

It goes without saying that Wal-Mart, Costco, Safeway, and Target could easily duplicate Kroger's online business model. These retailers already have the stores and the buying power in place. All they need are the trucks, the special carts, the tablets, some online infrastructure, and additional employees to pull and deliver the orders.

Wal-Mart is already developing its own delivery service in the form of Walmart to Go. And Kroger and Wal-Mart can deliver something that Amazon cannot: prescriptions. That makes a Kroger or Wal-Mart delivery system a potential threat to Walgreen and CVS Caremark as well as Amazon.

Kroger is also experimenting with a wide variety of other merchandise, much of which could easily be added to the online inventory at its Kroger Marketplace stores in Texas, the Houston Chronicle reported. The merchandise includes toys, housewares, kitchen appliances, clothing, and even bedding.

Will it work?
Okay, all of this sounds good. But we've heard such promises for online grocery delivery before, and they didn't work out. Unlike books, many groceries require refrigeration and special handling because they can spoil.

Something else to remember is that in much of the country, Kroger supermarkets are a union shop -- Teamsters no less. That means the people driving those delivery trucks are going to be Teamsters members drawing a Teamsters wage. Adding delivery could make Kroger more vulnerable to strikes because it needs trucks moving to keep the merchandise available.

To labor expenses, we can add fuel costs and the expense of leasing or buying all those refrigerator trucks, special carts, and tablets. Taking Kroger's online delivery to the next level is going to be expensive. That expense may not pay off; The Motley Fool writer Ryan Sullivan noted that online grocery sales only accounted for 1% of the $631 billion U.S. grocery market last year.

Even Kroger's former CEO Dave Dillon raised some serious doubts about online grocery shopping in an interview with The Wall Street Journal last October. Dillon told the Journal that he doesn't think the margins from online groceries justify the practice.

With or without online, though, Kroger is still a pretty appetizing stock: The grocery giant reported trailing yearly revenue of $98.4 billion on Jan. 31. Chart readers will note that Kroger's revenue was rising steadily until recent months.  If you're looking for a contrarian e-commerce play, Kroger might be it.

Foolish conclusion
Kroger's latest e-commerce experiment shows why it is always a good idea for investors to keep their eyes open wherever they go. A simple visit to the grocery store revealed that Amazon.com is going to have a much tougher time entering the grocery business than its admirers think.

One of the nation's largest grocers already has a sophisticated online grocery order and delivery operation in place. It also has a great deal of the infrastructure that Amazon.com will need to sell groceries in place. Those who think Amazon.com lacks customers are wrong, the company has many potential rivals and Kroger is among the biggest and most aggressive.