Amazon.com (AMZN 5.73%) is adding tons of Prime members -- in December the company confirmed that it had "tens of millions of members," including adding more than 1 million new members in the third week of December. This raises the question: What are these new Prime members worth to the company? To answer that question, I sharpened my pencil and calculated the lifetime value of a Prime member. 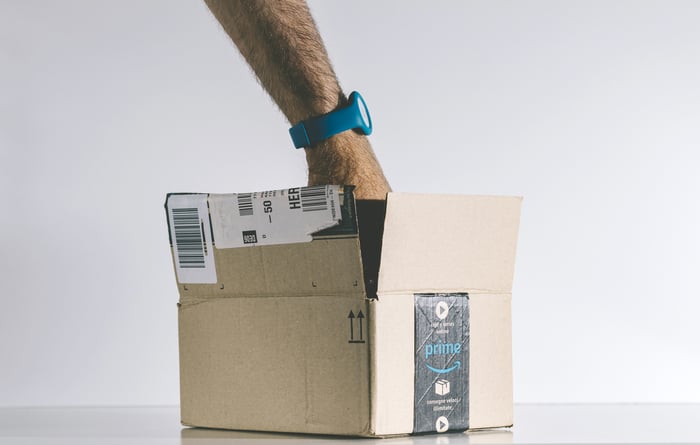 The customer lifetime value approach
Although it's not a traditional stock valuation technique, customer lifetime value is an interesting way to gauge the economics of subscription businesses. It can be calculated several different ways, but it comes down to how much extra profit a customer will contribute over time. To calculate it for Amazon Prime members, you need to know three things: How much will Prime members spend, at what contribution margin, and over how many years? Below, using a few assumptions, I've roughly answered those questions, and I've calculated an estimated lifetime value.

1. How much will each Prime member spend per year?
According to a 2013 study by the Consumer Intelligence Research Partners, Amazon Prime members spend $1,340 annually -- more than twice as much as non-Prime shoppers, who spend $650 annually. Those estimates were for 2013, and I expect spending per customer to increase each year. Thus for 2014, I'm assuming that Prime members will spend $1,500 and non-Prime customers will spend $700.

3. How long will Prime members stay with Amazon?
The average expected tenure of members can be estimated based on churn rates. For Amazon Prime members, Piper Jaffray estimates annual churn will be 5%; CIRP estimates it will be 6%. Those estimates both look low for me, so I assumed slightly higher churn of 7%.

Bringing it all together
Using the estimates described above, I calculated the lifetime value of Prime ($2,283) and non-Prime members ($916) using a 10% discount rate. Admittedly, these numbers are imprecise. Since Amazon doesn't disclose all the data necessary, I had to use numerous assumptions and estimates to fill gaps and simplify the model. Often, though, back-of-the-envelope calculations are the most useful for forming big-picture conclusions.