Please ensure Javascript is enabled for purposes of website accessibility
Log In Help Join The Motley Fool
Free Article Join Over 1 Million Premium Members And Get More In-Depth Stock Guidance and Research
By Philip Saglimbeni - Apr 24, 2014 at 9:00AM

Despite solid revenue growth and increasing same-store sales growth, Chipotle struggled to grow earnings at robust levels in the first quarter amid rising food costs. How concerned should investors be?

Even though Chipotle Mexican Grill's (CMG -0.05%) latest results were impressive on several fronts, the company missed the consensus earnings estimate largely due to higher-than-expected food costs. These high prices are expected to continue for the foreseeable future, so investors need to know if this will hamper Chipotle's growth significantly going forward. 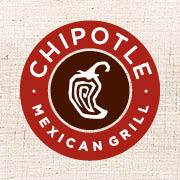 Food prices rise, share price dives
Chipotle's results were impressive on many levels. One of the major positives in the quarter was the company's robust same-store sales growth. In the first quarter, Chipotle increased comparable sales by 13.4%, which represents its strongest growth rate by far in the last year.

We are delighted that more and more people are choosing to visit our restaurants every day allowing us to deliver double digit comps during the quarter. Our food culture has always been a defining characteristic of Chipotle and continues to set us apart from other restaurants.

For comparison, competitor Panera Bread (PNRA) reported only a 1.7% increase in same-store sales at company-owned locations in the fourth quarter of 2013.

However, for Chipotle a major concern is the rising price of beef, avocados, and cheese. In the most recent quarter, the restaurant-level operating margin dropped 40 basis points to 25.9%, while food costs as a percentage of revenue increased 150 basis points to 34.5%; both were caused by higher food prices.

Unfortunately, these inflationary pressures for Chipotle are not expected to subside anytime soon. Co-CEO Steve Ells explained on the conference call:

Beef prices are expected to continue to move higher as suppl[y] remains tight while livestock producers try to rebuild the herds and recover from two years [of] record droughts. And generally U.S. beef prices [have] set recent all-time highs. And our steak prices have also hit [an] all-time high recently, rising 11% in the quarter compared to Q4 and despite another 14% in April so far. So our steak is up 25% already since the fourth quarter.Cheese prices are also expected to be up over 10% this year and avocado costs will also continue to rise as we're just now entering the season of buying avocados from California again.

Fighting the rise in costs
Luckily, management at Chipotle has an answer to fight the rising cost of food prices, and that is to increase menu prices at restaurant locations. While this can be a scary concept for many restaurant companies, Chipotle is in a unique position thanks to its powerful brand strength and its concentration on more health-conscious consumers who are willing to spend more in order to eat healthier.

Management announced that it plans to start increasing menu prices in the second quarter by mid-single digits and that it will finish sometime in the third quarter. The menu increases will be done using a market-to-market approach, which will allow Chipotle to remain competitive regarding price.

While Chipotle's problem is due to its heavy reliance on specific food products like beef and avocados, it is not the only restaurant company that is struggling lately. Competitor Panera has a whole different and more pressing problem of its own: an inability to aggressively grow same-store sales.

Panera management is finding inventive ways to combat this problem, mainly a complete customer service restructuring strategy called Panera 2.0 that will hopefully make its restaurants more efficient and attractive to consumers. But it is still a problem without a quick fix. Panera 2.0 is expected to take effect in 2015 and is not something that investors can bank on in the near term like Chipotle's impending menu price increases.

Bottom line
Chipotle's problem with rising food prices is an unfortunate aspect of the restaurant business and one that is impacting the company's margins and earnings power. However, with such a strong brand, Chipotle also remains in the enviable position of being able to combat the rise in costs by increasing its menu prices.

Since the demand for Chipotle's food is still strong, as evidenced by the company's robust comparable sales growth lately, shares look appealing on current weakness. Once food prices subside, Chipotle will be back on track for explosive earnings growth.