According to the Wall Street Journal, Airbnb is about to get new funding that will value the still private company at around $10 billion. That's ridiculous when compared against hoteliers like Hyatt Worldwide (NYSE:H) and Hospitality Properties Trust (NASDAQ:SVC).

The hotel industry tech killer?
Airbnb is a tech industry darling. The consumer to consumer website pairs up people that have a spare room with people who need a place to stay. It's at the forefront of a movement allowing individuals to monetize underutilized assets. Similar sites allow people to "rent" things like cars.

It's a great idea if you don't mind letting complete strangers into your home or renting from strangers. But is it a good business to get involved in? Interestingly, New York State is looking into the company and how some appear to be using it to run would-be hotels. That's not legal. As a result, it's probably a good thing that only professional investors can invest in Airbnb, since all the kinks clearly haven't been worked out yet. 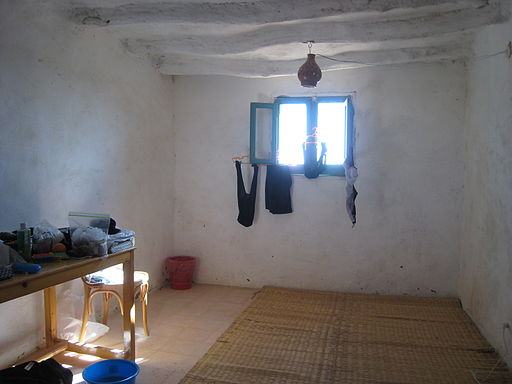 A comparison or two
But what about hotels? Hyatt Hotels, a high-end hotel brand, has a market cap of about $8.4 billion. It owns or operates over 520 hotels around the world. About 60% of its business last year was from hotels it owned or leased. The rest came from management and franchise relationships.

This combination gives the company a solid foothold and growth potential. For example, owning hotels means that everything flows back to Hyatt. However, Hyatt is using its expertise at running its own hotels to run hotels for other people without tying up capital in the cost of a hotel. And, it can expand into new markets on the cheap by simply renting its well-regarded name. This combination has allowed Hyatt to enter over 70 new markets in just the last five years.

While Airbnb's systems could, theoretically, be deployed anywhere around the world, Hyatt is already doing just that. And Hyatt caters to wealthy travelers and business people that are willing to spend money—not cutting corners to try to save some dough.

Over the past five years the company's earnings before interest, taxes, depreciation, and amortization grew 14% a year. Over the next few years Hyatt is calling for growth at around the same rate. This is a real business with real assets and real growth ahead of it.

An income alternative
If you want to own a hotel, Hyatt is exactly the type of company to look at. That said, it doesn't pay a dividend. For that you might want to consider Hospitality Properties Trust. This real estate investment trust (REIT) has a market cap of $4.5 billion, about half the rumored size of Airbnb, and yields 6.5%.

It owns over 290 hotels mostly run by other companies, including Hyatt. It's a relatively conservative business because its leases contain minimum lease obligations and are pooled so that its operators can't let any one hotel suffer without impacting all of the others it leases. Hospitality Properties isn't exactly a pure play on hotels because it also owns over 180 truck stops (about a third of the business).

That said, Hospitality Properties' hotels have been doing pretty well as the industry continues to recover from the 2007 to 2009 recession. In 2013, occupancy was up 3.2 percentage points and revenue per room was up 7.7%. Expansion plans at players like Hyatt back up the potential for continued growth at hotel owners like Hospitality Properties Trust.

Bricks and mortar
The extreme valuation being afforded to Airbnb by private investors is all about its technology. After all, the company doesn't really own anything. Renting rooms, however, is a real business with a huge brick and mortar component. Technology pairing up individuals won't change that. You can invest in real hotels today via a company like Hyatt or a dividend payer like Hospitality Properties.