Cameco (NYSE:CCJ) has a lot invested in the future growth of nuclear power. And it expects good things, particularly in Asia. However, nuclear power has older plants (built decades ago) that need to be cleaned up. That's where companies like Fluor (NYSE:FLR) can make a buck.

The future is electric
According to uranium miner Cameco, there will be 144 new nuclear power plants built by 2023. That will push the total number of nuclear facilities up more than 20%. Although there is currently an oversupply of uranium in the market, the new facilities should take up that slack.

In fact, Cameco believes that about 20% of future demand will require new supplies, or there will be shortfalls of uranium. That's great for Cameco, which has the capacity to increase production by about 50% over the next few years. However, because of the current oversupply, the company has backed away from firm expansion commitments. It's planning to bring on new supply as the market requires. 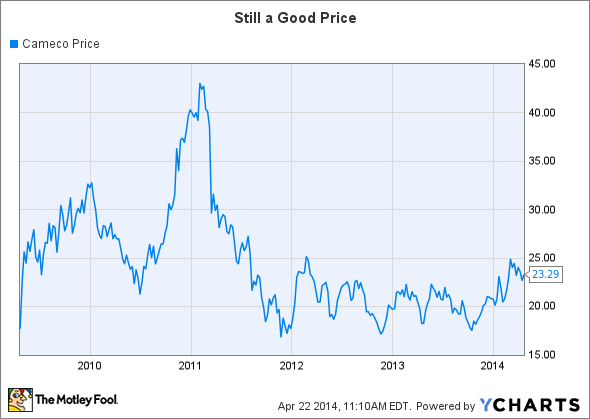 That's not a bad call, since Cameco telegraphing new supply might lead customers to hold off on orders and hamper price discussions. Note that the shares remain well off their 2011 peak. And despite three years of falling earnings (between 2009 and 2012), Cameco's bottom line advanced 20% last year. Now could be a good time to take a look at this pure play since future nuclear growth appears solid. In fact, about half of the new nuclear plants (Cameco expects by 2023) were already under construction last year.

What about the past?
The thing about nuclear power is that some of the existing plants were built decades ago. The technology, to put it mildly, is out of date. Massive disasters like the recent events in Fukushima, Japan, prove this. In fairness, no one expected an earthquake leading to a tsunami leading to a nuclear meltdown. But, in hindsight, there were design elements that could have stopped the meltdown even under such perfect-storm conditions.

So while new nuclear plants are being erected, what's happening to the old ones? Some of them are coming down. Looking at Cameco's projections, the 144 new plants come at the same time that 51 are expected to be shut. That leads to a net advance of 93 plants.

But you don't just put up a closed sign and walk away from a nuclear plant. These giant facilities need to be decommissioned. And that's where companies like Fluor come into play. Fluor just won a joint bid to decommission 12 nuclear sites in the United Kingdom. The 14 year contract is worth nearly $12 billion. 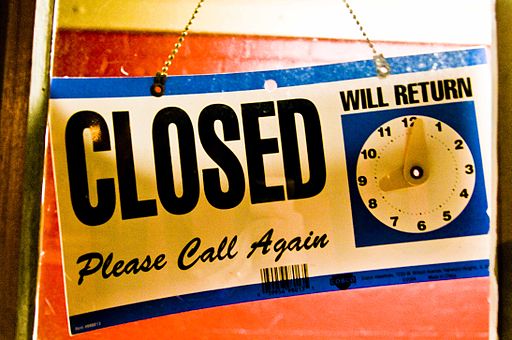 Fluor is a global engineering and construction company. And it's no small fry -- Fluor's sales last year topped $27 billion and earnings were over $4 a share, an almost 50% year-over-year advance. That said, construction tends to be cyclical, so earnings can be volatile.

Only about 4% of Fluor's revenue in the fourth quarter came from the power industry. However, at the end of the year the sector accounted for 6% of the company's nearly $35 billion backlog. Add in the UK contract and there's clearly more growth ahead. Note that the oil and gas sector, which is experiencing a Renaissance in the United States, accounted for about half of the revenue and backlog. Power projects like the one to decommission UK nuclear sites are really icing on this cake.

Take me to the cleaners...
Events like Fukushima show the dangers of nuclear power. While that won't stop the sector from growing, which is good for Cameco and its shareholders, it shows that there are older plants that need to be shut down. Engineering and construction companies like Fluor are there to do just that. Keep an eye on "the other side" of the nuclear power market because there's plenty of money to be made cleaning up old messes.