With tomorrow's all-important jobs report hanging on the balance, stocks held steady today despite several strong economic data points that could have pushed shares higher. The Dow Jones Industrial Average (DJINDICES:^DJI) fell 22 points, or 0.1%, while the S&P 500 finished essentially unchanged, and the Nasdaq moved up 0.3% on a recovery in Internet stocks.

Among those promising economic reports released today was the Institute of Supply Management's manufacturing index, which rose to 54.9 in April, above March's 53.7, and better than expectations at 54.5. A reading above 50 indicates expansion, and the ISM's report showed 17 of 18 industries covered saw growth last month. Consumer spending also notched its largest increase in four-and-a-half years, climbing 0.9% in March, a positive indicator for tomorrow's jobs report as consumer spending drives 70% of the American economy. Initial unemployment claims unexpectedly rose last week, however, climbing to 344,000, much higher than estimates at 315,000. Week-to-week figures on new jobless claims tend to be volatile, though, and the four-week moving average remained low at 320,000. 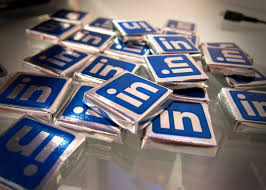 On today's earnings docket, LinkedIn (NYSE:LNKD.DL) shares dove 4.4% after hours following its earnings release. Shares had climbed 5% during regular trading hours on apparent optimism for the report, however. The professional social network's quarter actually beat expectations as its adjusted per-share profit of $0.38 was ahead of estimates at $0.34. On the top line, revenue grew 46%, to $473 million, topping expectations at $466 million. Sales growth occurred across all three of the company's segments, and CEO Jeff Wiener said the quarter was "strong in terms of member engagement and financial results."

What seemed to disappoint the market was Linkedin's guidance, which was a bit short on the top line. For the full year, Linkedin sees revenue of $2.06-$2.08 billion against the consensus at $2.11 billion. Shares are now down nearly 40% since their peak last fall, but remain pricey. With top-line growth expected to moderate, shares could come down even more.

Elsewhere, DirecTV (NYSE:DTV.DL) shares jumped 4% on reports that AT&T (NYSE:T) could be interested in acquiring the satellite TV provider. According to the Wall Street Journal, Ma Bell had approached DirecTV about a possible takeover bid in the range of at least $40 billion. The news comes just months after the country's two biggest cable providers, Comcast and Time Warner Cable, agreed to merge, and follows a trend of consolidation in the telecom industry. A combination between DirecTV and AT&T would rival that of Comcast and Time Warner Cable, as DirecTV has 20 million TV subscribers and AT&T counts 5.7 million on its rolls. Any proposed merger would be subject to regulatory scrutiny, as the companies would have to prove the deal would be in the best interest of consumers, but DirecTV shares could move higher in the meantime.