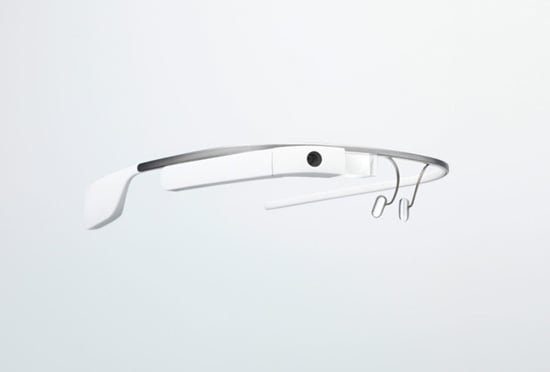 Google Glass sales have opened up to more users lately, but the device is still in a testing phase. Source: Google.

There's no shortage of companies, big and small, that have entered the wearable technology sector or are rumored to do so soon. Google (NASDAQ:GOOG) (NASDAQ:GOOGL) and Samsung (NASDAQOTH: SSNLF) are knee-deep in the space but still figuring things out, Nike (NYSE:NKE) created its own FuelBand wearable but recently ditched it to focus on software, and Intel (NASDAQ:INTC) has already made changes to its chips aimed at powering wearables.

With wearable tech still in its infancy, companies are learning how to best benefit from it.

Seeing what sticks
Google's Glass has been the most prominent wearable tech, garnering lots of headlines about its usefulness, but also how it'll kill privacy and make social interactions as awkward as a middle school dance. The fact that the device is already so divisive shows that people haven't yet come to grips with exactly how this new tech will or won't be used.

The Gear Fit is one of two smartwatches Samsung sells. Source: Samsung.

But Google doesn't know exactly what should be done with the tech, either. It's up to users and other companies to determine its best uses. One group putting Glass to work is Beth Israel Deaconess Medical Center. It recently implemented Glass into its center -- and it's already been used to save a man's life. While that's an extreme case, it's just one example of the tech's potential, and likely not something Google thought of.

Try, try again
Samsung threw its hat into the wearables ring last year with the Android-powered Gear smartwatch, to less than stellar reviews. The company followed up this year with the Gear 2 and the Gear Fit, the first running on the company's Tizen OS and the Fit running on separate stripped down operating system to maximize battery power.

Samsung's second attempt has still hasn't won over reviewers or the masses, but that likely won't stop Samsung from pursing new versions of its wearbles. Samsung has partnered with Google to use Android Wear, Google's new OS specifically designed for wearable tech, so we could see yet another change to the company's strategy in the near future

Nike has left the wearable hardware business to focus on software. Source: Nike.

Shifting gears early on
Nearly three years ago Nike launched its FuelBand device that helped users track running and health stats. Over the past few years the device became a poplar and effective wearable health tool. But just last month the company said it's moving out of the hardware business and will instead focus on making fitness apps for use on mobile devices.

Rumors have surfaced that Nike is dropping its FuelBand because it's partnering with Apple, which is expected to release its own wearable device later this year. Whether or not that proves true, Nike made a surprising shift away from hardware in favor of mobile and wearable software. A recent Financial Times article pointed out that smaller companies are making a similar shift from wearable health devices to building apps.

But it's not just Nike that's made an abrupt change. Back in January Intel launched its Edison board that it said would be used in future wearable tech. The chip board was powered by the company's Quark processor and fit on an SD card. But just last month, Intel said it won't bring the small board to market as is, but will instead expand its size and use the company's Atom chip so it can power more wearable tech. Potential buyers told Intel they didn't need the chips to be so small. Though it's just a small example, it shows that Intel and other companies are constantly changing their approach to wearables as they learn more about the market.

Foolish thoughts
While investors obviously want companies to know exactly what they're doing at all times, the fact that so many are trying to figure out how best to approach wearables puts everyone on a level playing field right now. Introducing any new technology to the public will require some feedback and missteps in order to get it right.

So far, it appears users are interested in wearable technology, but may not fully understand how to use it yet. That's what this early stage of wearables is for, to test the waters and show users how the tech can make their lives better. The companies we talked about can do that, and some already have, but investors need to remember that if wearable tech is one of the next big things in technology, it's going to a take more than one or two devices released from a handful of companies to spur this next tech revolution.