Maybe short-sellers should consider calling in the Big Bad Wolf, because all their huffing and puffing has been for naught, with the broad-based S&P 500 touching the 1,900 point-mark for the first time in its history earlier this week. For skeptics like me, that's an opportunity to see whether companies have earned their current valuations.

Keep in mind that some companies deserve their valuations. Take satellite TV company DIRECTV (NYSE:DTV.DL), which has spiked recently on the notion that AT&T could be preparing to make a bid of up to $50 billion for the company. Spectrum is of the utmost importance to large telecom service providers these days, but so are cost savings from combining similar businesses. Even if this deal doesn't materialize, DIRECTV's minuscule forward P/E of 13 looks enticing enough to carry the company higher. Its churn rate in the first-quarter within the U.S. was identical to the prior year quarter's at 1.45%, and average revenue per user increased 4.3% (also within the U.S.). With 38 million-plus subscribers now it's safe to say this household name isn't going anywhere anytime soon, and that could lead to more upside in its share price.

Still, other companies might deserve a kick in the pants. Here's a look at three that could be worth selling.

No matter how much you like a company, sometimes you have to come to terms with the fact that it's no longer the growth story it once was. That's why I'm going to start us off by suggesting it's time to part ways with OEM equipment and components supplier Flextronics (NASDAQ:FLEX).

Are there redeeming qualities to Flextronics? You bet! In fact, the company has vaulted past Wall Street's estimates in eight of the past nine quarters while meeting expectations in one (Q4 2012). In its fourth-quarter results Flextronics pointed to strength in its gaming division as well as smartphone sales to explain why it was able to topple Wall Street's estimates once again.

However, I look at this report as sort of a plateau of Flextronics, which is already in a highly cyclical business, and I'm left asking "now what?" 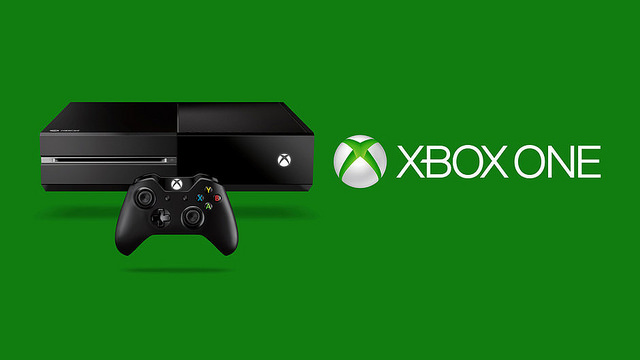 While the company did benefit from manufacturing the Xbox One and has seen a steady increase in demand for Google smartphone production, a number of uncertainties remain going forward. For one, it took Microsoft eight years to introduce a new gaming console, so the expectation is that gaming revenue is only going to dip in the coming quarters for Flextronics. Similarly, Google's sale of its Motorola handset unit clouds Flextronics' role in their manufacture going forward.

While Flextronics is decisively inexpensive at less than nine times forward earnings, it's also sporting about $510 million in net debt, pays no dividend, and, due to its highly cyclical business, is looking at revenue growth of perhaps less than 1% this year.

In other words, I like the business model, and I think Flextronics is doing a valiant job controlling its costs, but I just don't see how it's going to create new business or squeeze out more impressive margins than we're already seeing. I believe investors should consider taking these recent gains and heading for the exit.

I'm not buying what they're selling!
I'd be lying if I said there aren't some business models which I'm simply opposed to investing in. One of those models is the advertising sector, which is intricately tied to the health of the overall economy and needs to remain completely fluid if it's to succeed.

The company I'd suggest keeping your distance from is recent CBS spinoff CBS Outdoor Americas (NYSE: CBSO) which is comprised of the company's static and digital billboard assets. The goal of CBS Outdoor Americas is to give income investors a chance to benefit from what could be the steady cash flow of the advertising business and collect a yield that has the opportunity to approach 5%. As a real estate investment trust, CBS Outdoor receives welcome tax benefits in exchange for paying out 90% or more of its profits to shareholders in the form of a dividend.

As further evidence of CBS Outdoors' unexciting growth prospects, I'd point you toward the company's first-quarter results. On a constant currency basis net income soared from $5 million to $8.4 million, while funds from operations (the most critical component for any REIT) jumped modestly by $2.4 million to $47.9 million. However, since we don't live in a perfect world and foreign currency translation does factor into a company's results we should note that net income plunged 58% to $8.4 million, and FFO slipped $6.8 million to $50.3 million if we don't adjust these figures. If you butter up CBS Outdoors' figures enough it can look decent to any income investors, but its results aren't fooling me.

If you're stuck on the idea of investing in advertising stocks, look for opportunities on the Internet and avoid digital and static billboard operators, as the industry is completely at the mercy of the U.S. economy and is a high-investment, low-return type business model.

Just treading water
There are a lot of sectors that on paper look as if they could provide plenty of growth opportunities over the long run. In general, medical device makers, even with the 2.3% medical device excise tax, should see a rise in top-line production as the baby boomer population ages and as Obamacare makes medical care easier to access for the general population.

Yet, like always, not all companies can be played by the book. Take CONMED (NYSE:CNMD), a manufacturer of minimally invasive surgical devices and equipment used by physicians and surgeons within the U.S. Let's be clear that CONMED's results haven't been terrible by any means. Its first-quarter results demonstrated a nearly 9% increase in year-over-year adjusted EPS as adjusted EBITDA margin grew 120 basis points to 18.3% of sales. CONMED also reiterated its full-year guidance.

However, if you're thinking CONMED is a high-growth stock based on its strong rally since September you'd be sorely mistaken. Year-over-year revenue actually fell just shy of 3% in the latest quarter as the company continues to execute a restructuring and trim costs as necessary to improve its operating efficiency (thus the higher adjusted EBITDA).

What I find more concerning is the fact that CONMED's expected growth this year and next year is only expect to be in the very low single-digits despite the introduction of new devices and in-roads into new markets, especially in Europe. Innovation is what drives the medical device sector, and if CONMED is only able to stay afloat on the top-line with new devices, yet is currently trading at a forward P/E of 23, that's a bit worrisome.

As I've mentioned previously, sometimes it's not about selling bad companies but merely letting the fully valued ones go. This is a case where CONMED looks fully valued here, and I'd suggest you could do much better by putting your money to work elsewhere within the sector.