The Dow Jones Industrials (DJINDICES:^DJI) accelerated their declines at midday Thursday, dropping 193 points as of 12:30 p.m. EDT. Among the factors sending the index downward today was the Bureau of Labor Statistics' report on the Consumer Price Index for April. Yet despite some sensational headlines that highlighted one particular aspect of the April report, investors with a long-term view shouldn't yet see inflation as a viable threat, and investors in inflation-sensitive stocks shouldn't panic. 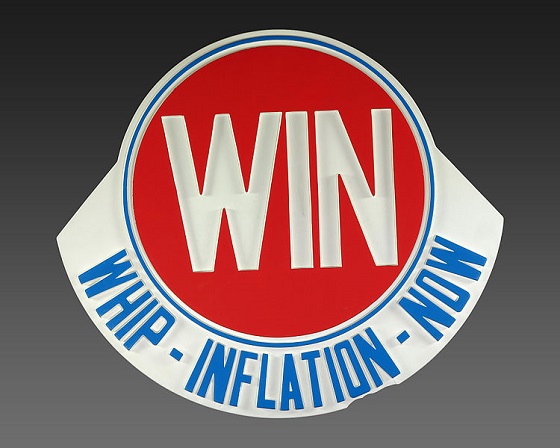 Putting inflation in context
One of the biggest worries that many policymakers have had over the past several years is that extremely accommodative monetary policy from the Federal Reserve and other global central banks would spur a wave of inflation. So far, those fears haven't become reality; in fact, many policymaking bodies have focused more on the deflationary threat than on the potential for higher prices down the road.

As a result, many news organizations touted the fact that today's data showed that the Consumer Price Index rose at the fastest rate in 10 months, and that sense of fear helped send the Dow Jones Industrials downward. Yet while that fact is true, the 0.3% rise in the overall CPI and the subdued rate of 0.2% for the core CPI only brought inflation levels up to where the Federal Reserve has hoped they would be.

Digging more deeply into the report, many of April's numbers reversed readings seen earlier in the year. For instance, after three straight months of substantial declines, gasoline prices rose 2.3% in April. On the other hand, electricity prices pulled back dramatically after rising in March, and soaring natural-gas prices moderated to just a 0.3% increase last month. Still, food prices have been remarkably resilient, rising 0.4% in each of the past three months. Within the food category, meat showed the strongest gains of almost 3% for the month, while costs of dairy products and fruits and vegetables also rose substantially.

Still, from a bigger-picture perspective, inflation remains in check, making today's Dow drop seem unjustified. The overall CPI has risen exactly 2% in the past year, matching the Fed's implicit inflation target. Even when you look at the various subindexes of the CPI, most remain squarely in the 2% to 3% range over the past 12 months.

What investors should do
Certain stocks in the Dow Jones Industrials are more susceptible to inflation than others. For many companies, higher costs for raw materials reduce margins because companies aren't able to pass on costs to customers. Rising interest rates can hurt big financial stocks, particularly Travelers (NYSE:TRV) and other companies with large bond portfolios. On the other hand, ExxonMobil (NYSE:XOM), Chevron (NYSE:CVX), and other energy companies, can collect greater profits via inflation as the value of their production rises.

It makes sense to pay close attention to inflation levels to make sure that prices don't rise too fast. For now, though, there's little for consumers and investors to worry about inflation, and as long as current trends don't accelerate, policymakers should remain happy with what's happening regardless of today's drop in the Dow Jones Industrials.