Please ensure Javascript is enabled for purposes of website accessibility
Log In Help Join The Motley Fool
Free Article Join Over 1 Million Premium Members And Get More In-Depth Stock Guidance and Research
By Leo Sun - May 18, 2014 at 10:00AM

How can Google Glass, Apple iPads, and smart watches improve the lives of Alzheimer’s patients across the world?

Curing Alzheimer's disease, the 6th leading cause of death in the United States, remains one of the most elusive goals in modern medicine. Several high-profile efforts to clear away the buildup of brain plaques, one of the hallmarks of the disease, have failed in recent years. Commonly prescribed treatments like Namenda and Aricept slow down the progression of Alzheimer's symptoms, but fail to address the root causes of the disease.

Where medicine has so far failed, however, smart technology might help. Smart devices -- such as Google(GOOG -2.77%)(GOOGL -2.76%) Glass, smart watches, and Apple (AAPL -1.91%) iPhones and iPads -- can all help detect symptoms of the disease and reduce its impact on day-to-day life.

Google Glass and smart homes
As I discussed in a previous article, Google Glass is already being tested in trials for helping patients with Parkinson's disease. In the trial, customized Glass apps could remind patients to take their medicine, remember medical appointments, and provide subtle prompts to speak louder and swallow.

Google Glass could also be synchronized with smart homes connected to the cloud. Sensors installed in each room could detect abrupt changes in a user's daily routine, which could indicate early onset Alzheimer's disease, which affects people starting in the 40s to 50s.

Many smart homes take advantage of "geo fencing," in which automated functions -- such as unlocking the door or turning on the lights -- are triggered by the owner crossing the network-defined boundaries of his or her home. Wearable devices could alert friends and family whenever an Alzheimer's patient enters or leaves the house.

Popular wearable devices like Nike's FuelBand+ fitness band and Samsung's Galaxy Gear 2 smartwatch both use GPS tracking to log users' daily movements. However, neither product can be followed via GPS tracking if lost (Galaxy Gear uses short-range Bluetooth tracking) -- meaning neither device is useful for tracking down wandering Alzheimer's patients.

That's why LOSTnFOUND released guard2me, a smartwatch that constantly tracks a patient's location, earlier this year. The smartwatch can be set to alert others with text messages when a wearer enters or leaves a preset "safety zone." It also includes accelerometers and sends out an alert if the wearer falls down.

Pfizer plans to conduct a clinical trial on 100 individuals, with and without the presence of brain plaques, over one month of gameplay. The goal of the trial is to determine if Project EVO can be used as a biomarker or clinical endpoint for potential use in future Alzheimer's trials. 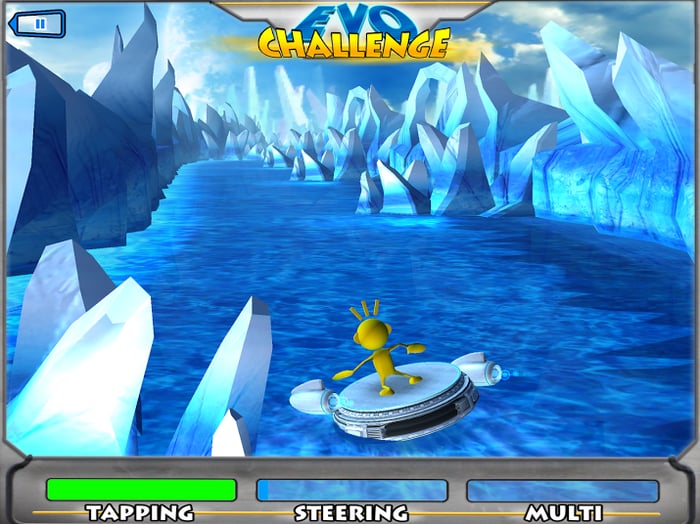 Project EVO is designed to evaluate and improve the ability of individuals to deal with outside distractions that diminish their ability to pay attention, plan, and make decisions. Shire, which is best known for its ADHD treatments, has also collaborated with Akili in the past.

Whereas Akili's app disguises tests and treatment as a game, other app developers have created apps that can assist Alzheimer's patients with everyday routines. One notable example is Clevermind, an iOS app that started on Kickstarter. Like Project EVO, Clevermind offers cognitive puzzles and exercises. However, Clevermind also simplifies social networks like Facebook, event calendars, and medical information with large buttons and fonts for elderly patients. Patients can also use the app to quickly call someone for help.

The Foolish takeaway
Even though many pharmaceutical companies are focused on developing experimental drugs for Alzheimer's, we shouldn't overlook the rising prominence of smart devices in helping support patients with the disease. Google Glass, fitness bands, and tablets are often considered consumer-facing products, but they could also improve the lives of patients with Alzheimer's and other debilitating diseases in the near future.