Consolidated Edison (NYSE:ED) reported Q1 2014 earnings last week, beating on both top and bottom lines. With a fat 4.5% dividend yield, is Consolidated Edison a better dividend stock for your income portfolio than AGL Resources? Here's what you need to know.

Consolidated Edison managed to boost Q1 revenues a seasonally adjusted 19%. And for investors, the company's most recent sales also exceeded expectations by a solid 7.7%. Over the past five years, however, its sales have barely budged. In the same period, natural gas utility AGL Resources (NYSE:GAS) has seen revenue more than double. 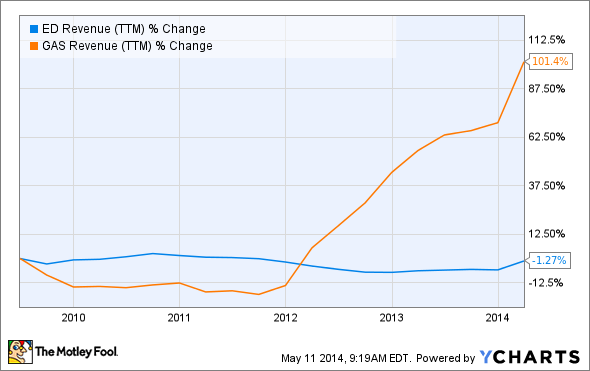 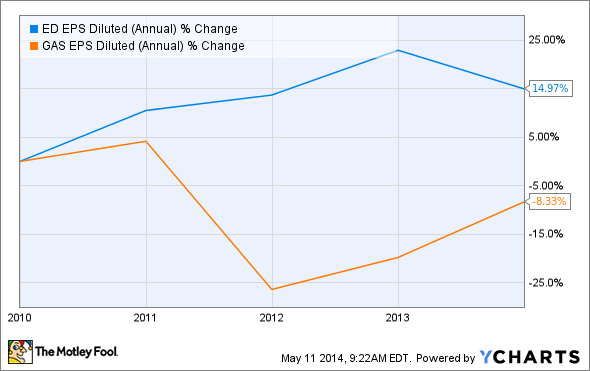 That distribution becomes even stronger when you consider that those same utilities accounted for 102% of net income (its development subsidiary lost money) and 95% of total assets.

AGL Resources enjoys regulated earnings of its own, but its overall business is heavily dependent on natural gas. 83% of its 2013 EBIT (earnings before interest and taxes) came from its seven-state gas distribution operations, with another 19% from its retail gas business. Those two segments also accounted for 85% of assets and 92% of capital expenditures. 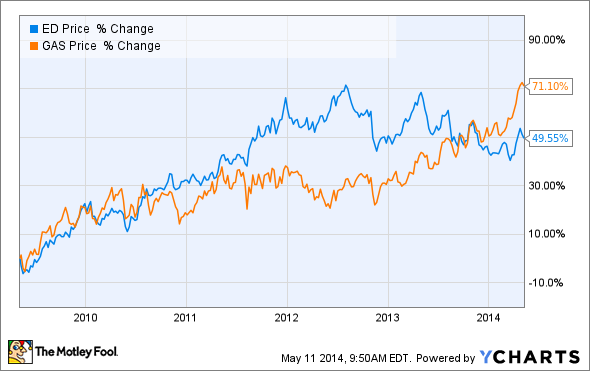 Part of the split is due to natural gas' increasingly strong position in U.S. energy infrastructure, but Consolidated Edison's ongoing operations are also increasingly dependent on future regulatory decisions. The company's New York natural gas infrastructure is in desperate need of a $10 billion overhaul, as evidenced by an East Harlem explosion in March that left eight people dead.

While regulators are certain to keep the safety of New Yorkers in mind, increasing rates to cover costs is almost never greeted with positive public opinion. Depending on how Consolidated Edison navigates rate increase requests over the next couple of years, the company could take on an increasingly large renovation burden.

Consolidated Edison stock may never soar as fast AGL Resources' has in the past few months, but its attractive valuation and recent earnings prove once again that this company has what it takes to continue to churn out decent growth and steady earnings. It's increased its dividend 11.5% over the past 10 years, and should continue to do so in the future -- regardless of shorter-term regulatory ebbs and flows. For a safe dividend, Consolidated Edison is the stock for you.