Google's (NASDAQ:GOOG)(NASDAQ:GOOGL) YouTube has reportedly reached a deal to acquire video game streaming platform Twitch for more than $1 billion, according to Variety.

Twitch, which lets users upload and watch live gameplay videos streamed from PCs and consoles, has over 45 million monthly users and over 1 million active members who upload videos monthly. Combining that kind of traffic with YouTube, the most popular video streaming site in the world with over a billion unique monthly users, could help Google tap into fresh new sources of advertising revenue.

Although neither Google nor Twitch have officially confirmed the report, the deal could provide a big boost for YouTube. Back in February, Twitch was ranked fourth in peak Internet traffic in the U.S. by analytics company Deep Field, putting it ahead of Hulu, Facebook, Valve (Steam), and Amazon. Only Netflix, Google, and Apple generate more peak traffic than Twitch.

The business of watching video games
Twitch's astounding growth is a testament to the rising popularity of eSports (electronic sports), in which professional video game players duke it out in popular games like League of Legends, Starcraft II, and Call of Duty: Black Ops II. With higher-bandwidth connections and mobile viewing apps, eSports viewership is skyrocketing.

Last month, Super Data Research and Newzoo reported that eSport viewership doubled in 2013 to 71.5 million viewers worldwide. In the U.S., one in four gamers have watched or participated in eSports, and an average viewer watches 19 times per month for an average session length of 2.2 hours. 34% of eSports viewers are women, and over half are between 21 to 35 years of age.

That impressive year-over-year growth, retention rate of viewers, and popularity among both sexes all clearly indicate that eSports are getting too big for advertisers to ignore.

How Twitch generates revenue
Taking note of that growth, CBS (NYSE:CBS) Interactive signed a deal with Twitch in April 2012 to exclusively sell advertising, promotions, and sponsorships on its site.

Like YouTube, Twitch offers its partners (popular streamers) a cut of the advertising revenue that they generate for the company. Twitch partners are required to have an average concurrent viewership of more than 500 viewers and must broadcast at least three times per week. Twitch's primary competitor, MLG, has started poaching some of Twitch's top partners with promises of higher cuts of ad revenue. However, MLG is only a fraction the size of Twitch with 9 million registered users.

Advertising accounts for the lion's share of Twitch's top line, with the remainder generated by subscription services and premium accounts, which offer users new badges, emoticons, and an ad-free experience for $8.99 per month. It's unknown how much revenue Twitch actually generates, but the company notably secured $20 million in Series C funding last September.

That impressive growth indicates that YouTube's growth is becoming much more important to Google -- nearly doubling from 5.5% of its top line in 2011 to 10% in 2013. That rapid growth can be attributed to the spread of Google's ecosystem among mobile users worldwide. At the end of 2013, Google Android claimed 78.4% of the global smartphone market and 61.9% of the tablet market, according to Strategy Analytics and Gartner. 80% of YouTube's traffic originates from outside the U.S. 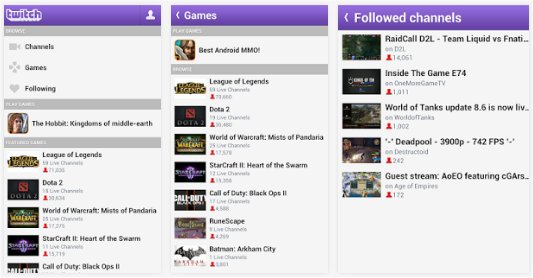 Google wouldn't need to completely integrate Twitch into YouTube -- that would be costly, technically difficult, and possibly cause Twitch partners to flee to MLG. Instead, Google will probably let Twitch continue generating revenue on its own, then use YouTube to broadcast pre-recorded Twitch highlights to boost its own advertising revenue. Moreover, Twitch's current partners in gaming would become Google's partners as well.

The bottom line
Google clearly wants a stake in the growing field of eSports. Twitch is the most direct way to invest in the industry, and a $1 billion investment might seem like a steal later on if eSports viewership continues rising at its current trajectory.

However, Google might run into a few problems. First and foremost, federal regulators aren't going to just let Google acquire the fourth most-trafficked site in America without asking some major questions. MLG could raise antitrust concerns on grounds that no smaller competitor in eSports streaming could compete with one backed by Google's cash hoard of $57 billion.

So what do you think, fellow gamers? What will Google do with Twitch, and how will it affect the growing eSports industry? Let me know in the comments section below!