The market is closing out the week on a high note today as stocks across many industries surge higher, powering the Dow Jones Industrial Average (DJINDICES:^DJI) up more than 55 points as of 2:30 p.m. EDT. Most blue-chip stocks have moved higher on the day, but Nike (NYSE:NKE) is making the most of the Dow's momentum, jumping 1.2%. Meanwhile, Hewlett-Packard (NYSE:HPQ) is soaring after its quarterly earnings release. Let's catch up on what you need to know.

Will Nike's stock shrug off 2014's sluggishness?
Nike hasn't released any market-shaking news lately, but investors are rallying behind a stock that had slipped more than 4% year to date to rank among the Dow's five-worst performers since 2014 began. Yet is that drop justified? Nike's stock is far cheaper than surging rival Under Armour's on a price-to-earnings basis, and it matches up well on a valuation basis with other top competitors around the sports apparel sphere. The company hasn't reported rosy success everywhere in the world, with its struggles in capitalizing fully on China's growth potential disappointing investors lately. Nike, however, still has grown in the world's second-largest economy over the past nine months, and has kept revenue rising in every major reported market except for Japan.

The company's success in North America and Europe -- where Nike managed 10% and 17% year-over-year sales growth, respectively, over the past nine months – has kept hard-charging rivals like Under Armour from closing in on Nike's leadership in this industry. Nike has pushed gross and operating margins higher over that time as well. If Nike can double down on China and manage stronger growth in the world's most potential-filled emerging market, this year's stock downturn will look like a superb buying opportunity. 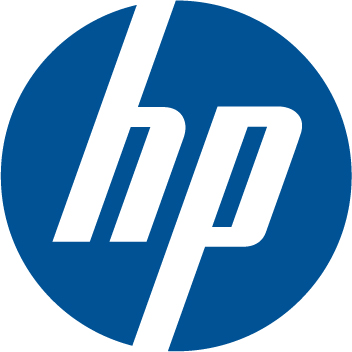 Around the market today, Hewlett-Packard's stock has far eclipsed gains made by the Dow Jones members in jumping 6.7% so far. The company's adjusted earnings matched analyst estimates for the quarter, as did the third-quarter profit guidance, while revenue just missed expectations. However, the numbers aren't the whole story in this stock's jump today. HP announced another major layoff round in order to continue the tech giant's turnaround, with a projected 11,000 to 16,000 job cuts adding to an already-planned 34,000 layoffs.

The company is looking to pivot toward its enterprise services branch, which saw a decline in revenue for the quarter but remains HP's target for the future as it moves away from the plunging PC market. While the cost savings from layoffs might help this company, HP's turnaround isn't anywhere close to being completed, as its 11th-straight quarter of falling revenue made clear. Until this company finds solid footing, stay cautious on this stock's murky long-term future.