Dow component McDonald's has a long list of failed new menu items, but those failures make the company the success it is today.

Dow component McDonald's (MCD -0.82%) has taken some flack in recent days after releasing a new mascot for the fast-food chain's Happy Meals.

The new mascot is, well, a little creepy.

For investors, though, it would be a mistake to lose sight of the long term just because the little two-legged Happy Meal creature makes you uneasy.

A history of innovations that fail
Taking the long view on McDonald's, the company has a long and proud history of trying weird new things and watching them fail shortly after launch. Believe it or not, this is a good thing. 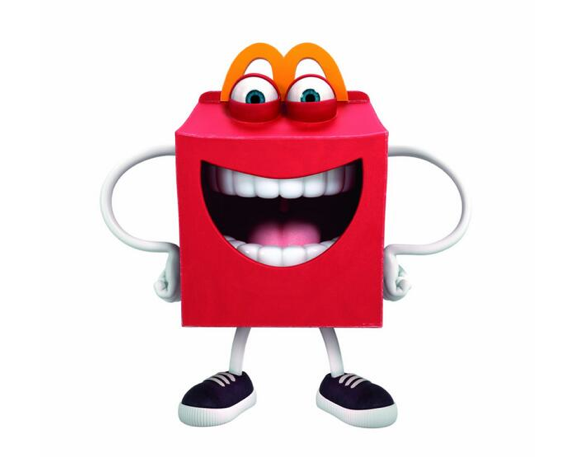 But before we talk about why failure is key to the culture for this $100 billion global restaurant chain, let's walk down memory lane and reminisce about some of McDonalds' greatest failures.

In the late 1980s, McDonald's made a short-lived push into Italian food in an attempt to bolster its dinner menu.

Options like the McPizza and McSpaghetti flopped horribly. Customers came to McDonald's for burgers and fries; the Italian items simply didn't mesh with the brand.

Customers also complained that the items took too long to prepare, and that McDonald's pizza couldn't stack up against options at existing pizza chains.

2. Arch Deluxe
Unlike some of McDonald's other failed menu items, the Arch Deluxe made sense alongside the traditional McDonald's brand, at least on the surface.

The Arch Deluxe was a big burger served with a heaping portion of fries. That's right in the company's wheelhouse.

The problem wasn't the product -- a quarter-pound burger with bacon, tomato, lettuce, cheese, ketchup, and a secret sauce. The problem was marketing.

McDonald's ran a promotional campaign targeting only adult customers, which failed miserably. After a reported $100 million in produced commercials like this one, McDonald's pulled the plug on the Arch Deluxe. In dollar terms it is likely the great menu item flop in McDonald's history.

For some reason (ahem, shellfish from a fast-food joint?!), consumers just didn't want to buy the McLobster, a $6 sandwich consisting of lobster meat with a special sauce in a hot dog bun.

The sandwich arrived in 1993 after the tremendous success of the Filet-O-Fish, but somehow the idea of shellfish at the Golden Arches never took hold.

The item is still on some McDonald's menus in New England and Canada, but the rest of the country must go elsewhere to satisfy those lobster sandwich cravings.

There are so many other failures. We could go on for days.
Trying new things, and failing, is a fundamental part of the McDonald's DNA. There was the McHot Dog, the McGratin Croquette, the McAfrika, and so many others.

But to focus on the attempts that failed misses the point entirely.

Chicken McNuggets launched in 1983 and accounted for more than 7.5% of total McDonald's revenue just three short years later. Some call it the greatest product launch is restaurant history.

For McDonald's investors out there who have been around a while, this is old news. The company is constantly testing, analyzing, tweaking, and experimenting with new products.

Some work. Others don't. But finding the winners requires trying out some losers.

Is the new Happy Meal mascot a little creepy? Yeah, I think it is. But I'm OK with it, because it may not be creepy to a 5 or 7-year-old kid today.

If it works, then great. But if not, long-term McDonald's investors know that the failure is acceptable, too. The company will recognize the failure, go back to the drawing board, and try something new. Lather, rinse, repeat.

The process has worked since Ray Kroc founded McDonald's in 1955, and it will continue working as the company approaches and passes its 60th anniversary next year.

In the meantime, try to give that new, creepy little mascot a break.

Jay Jenkins has no position in any stocks mentioned. The Motley Fool recommends McDonald's. We Fools may not all hold the same opinions, but we all believe that considering a diverse range of insights makes us better investors. The Motley Fool has a disclosure policy.

Speculative Stocks Are Too Cheap, According to Would-Be Acquirers

These 2 Stocks Helped the Dow Jones Industrials on Friday
405%