Electric-car maker Tesla Motors (NASDAQ:TSLA) has a lot going for it. So much that the market demand for Tesla stock in the past two years has run up the price by more than 600%. A wildly successful Model S launch has given investors enough confidence to value the company at $26 billion -- almost half of General Motors' $55 billion market capitalization. But can Tesla really become a mass-market player? While it won't be easy, Tesla does have one major advantage on its path to competing with the big dogs.

Tesla's hidden infrastructure
Tesla's Supercharger network is impressive. The Tesla-branded charging stations will juice a Model S to a 50% charge (132.5 miles of range) in just 20 minutes, or an 80% charge in 40 minutes. These stations, which offer Tesla owners free charging for life, are rapidly proliferating. Today, Tesla owners can travel up and down the West and East coasts and across the country. By 2015, the company plans to have charging stations within driving range of 98% of the U.S. population. 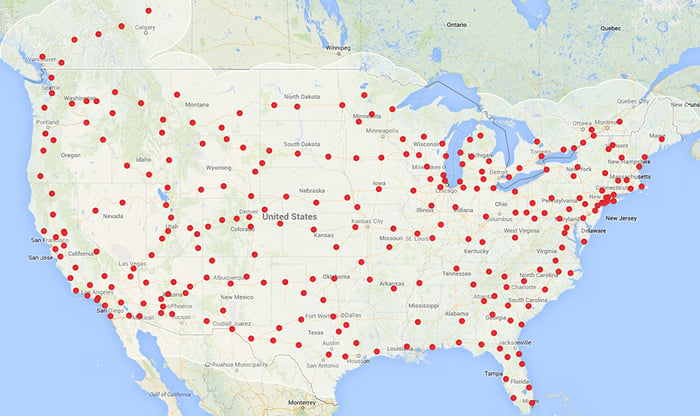 Tesla's planned corridors for Supercharging stations to be open for use by the end of 2015. Source: Tesla Motors.

This planned network puts the most optimistic scenario for potential hydrogen fuel cell fueling stations by 2015 to shame.

But Tesla's map of planned Supercharger stations drastically understates the company's infrastructure. Tesla's greatest asset, in fact, may already be in your home: your electricity.

As it turns out, charging at home is sufficient for the majority of travel. A 2012 study by two doctoral students at the School of Engineering and Applied Science at Columbia University estimated that the average daily driving for urban-based cars is 36.6 miles and the average for rural-based cars is 48.6 miles. Both figures are well below the EPA-rated range of Tesla's 60-kWh and 85-kWh versions of its Model S, with ranges of 208 and 265 miles, respectively. 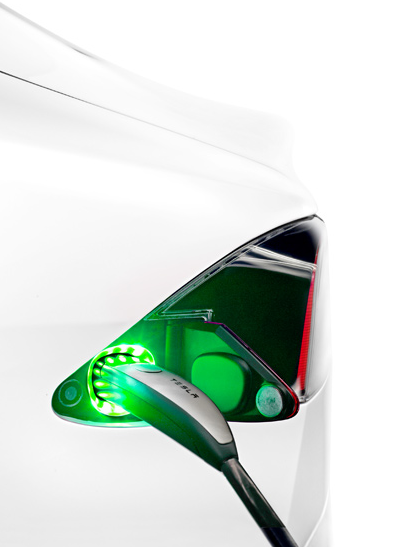 After installing a 240-volt outlet, Tesla owners have plenty of power to wake each morning with a full charge. On Tesla's website, it says owners can get a 265-mile charge in nine hours using a 240-volt outlet. However, if owners pair a Tesla Wall Connector with its Dual Chargers option, they can fully juice their Model S in half that time.

Tesla has some tough challenges ahead, like building the manufacturing capacity to support sales of its lower-cost vehicle after it launches in 2017 so that the company can hit the planned level of 500,000 vehicles per year by 2020. But infrastructure is among Tesla's easier obstacles to overcome. Not only is it readily possible for owners charge their vehicles at home, but advancements in solar panel technology will likely improve the costs of charging electric vehicles over time.

The ease with which Tesla can tap into existing infrastructure gives its electric vehicles an edge over fuel cell technology, and also brings it one step closer to becoming a mass-market player.