The Dow Jones Industrials (DJINDICES:^DJI) are once again proving their resiliency Wednesday, as the average has bounced back from an early morning loss to climb four points into the green as of 12:30 p.m. EDT. From a longer-term perspective, the Dow has rewarded investors handsomely, even outpacing formerly hot emerging markets such as China in recent years. Yet as China marks the 25th anniversary of the demonstrations in Tiananmen Square, Dow investors have to wonder whether the U.S. stock market can keep outpacing the Asian power's superior economic growth.

The rise and fall of China

Twenty-five years ago, the prospect of investing directly in China seemed almost unthinkable. Prior to its return to Chinese control, the Hong Kong stock market provided the only entry point into companies exposed to the Chinese economy. Even after the Shanghai Stock Exchange opened in 1990, its limitations on foreign investors made it an unwieldy vehicle at best for those interested in China.

Over the years, though, the rise of exchange-traded products made it far easier to invest in China. Closed-end mutual fund China Fund (NYSE:CHN) and ETF iShares China Large-Cap (NYSEMKT:FXI) gave investors different investments in the emerging market, but they helped raise China's profile as an investment venue and participated in the huge run-up in emerging markets generally over the past decade, dramatically outperforming the Dow-tracking SPDR Dow Jones Industrials ETF (NYSEMKT:DIA). 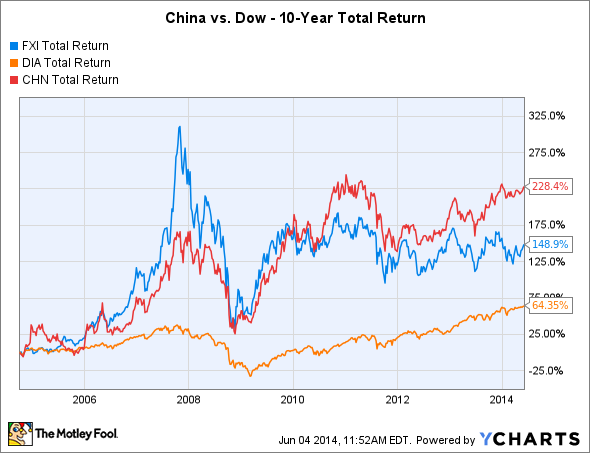 More recently, though, China has fallen on harder times. While its economic growth rate still dwarfs that of the U.S., concerns about the sustainability of that growth have held its stock market back. In particular, a real-estate market that many consider overheated and signs of cracks within the nation's financial system due to excessive credit extension have made investors more nervous about China's future. Meanwhile, the Dow Jones Industrials have prospered from the U.S. recovery from the financial crisis, and so the blue-chip index has easily outperformed the China Fund and the iShares China ETF since 2009. 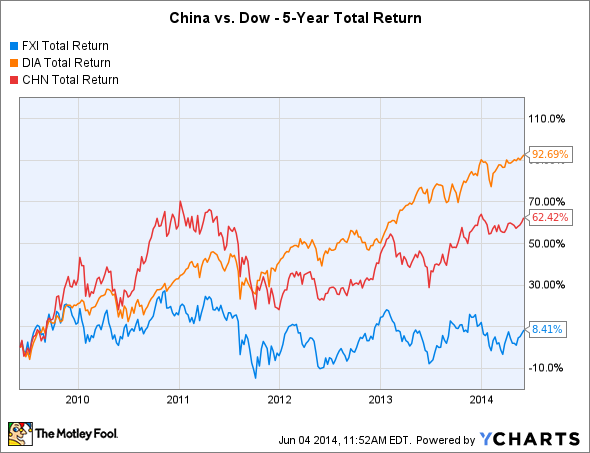 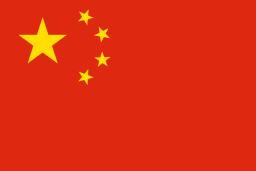 The big question
China has made huge progress, but to grow further, the emerging-market nation will have to continue its transition to a more open-market economy. State oversight has undoubtedly helped Chinese companies domestically, but it has also created tension with trade partners across the globe. For instance, Chinese solar stocks have faced numerous trade barriers, with the latest blow coming this week when new U.S. tariffs hit Chinese solar-module suppliers even when using foreign solar cells. Similar conflicts over intellectual property rights and other hot-button issues have threatened China's relationship with the U.S. and the rest of the world.

If China puts its energy into competing on the global economic stage, it has the capacity to deliver results that could outpace the Dow Jones Industrials in the long run. But if the Chinese government insists on keeping its stranglehold over the economy, then returns for investors will suffer.