The headlines paint a grim picture of Libya's political, economic, and social climate. Dozens are wounded or killed regularly in the war-torn country as the government, armed militants, and rogue generals and military units battle for control and influence. Strikes in the oil and gas sector and port blockades devastate the country's production. Militias hijack oil tankers, prompting U.S. Navy SEALs to intervene and conduct raids.

Although Libya has tremendous potential, a cycle of crises have plagued the country since Muammar Gaddafi's ouster in 2011. As a result, its potential as an oil and gas producer has gone unrealized. 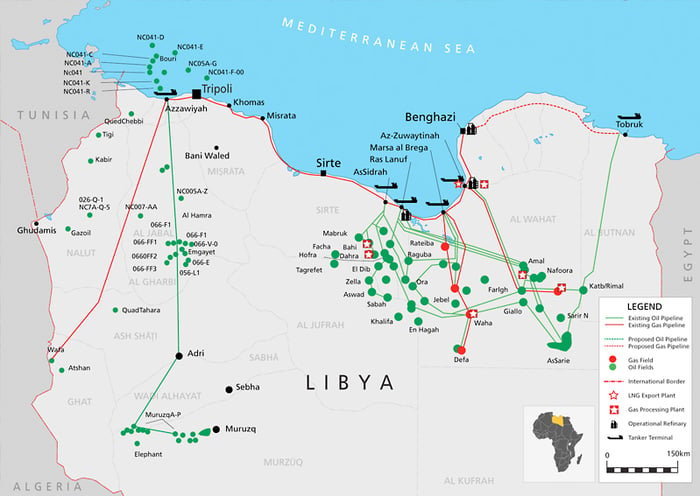 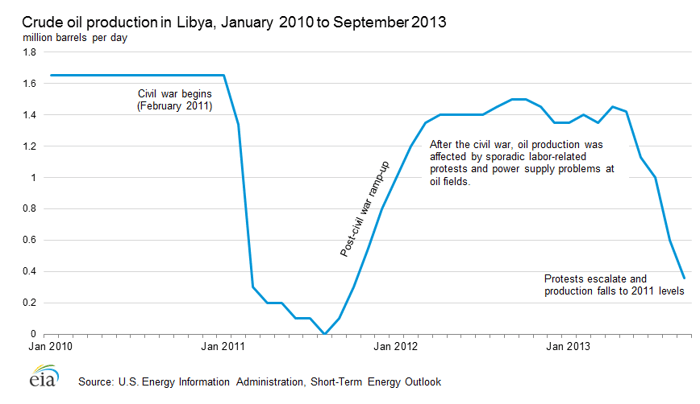 Actual events, however, are sobering. Production was effectively reduced to zero during the 2011 civil war, and again fell drastically two years later as factional fighting and labor strife rocked Libya.

With the only stable thing in Libya being instability, international oil and gas companies operating there are exposing themselves to unnecessary geopolitical risk. The conflicts in Libya are deeply rooted in social, economic, and geographic factors. Armed Salafists battle state forces over differing visions of the country's future; factions fight for control over Libya's oil and gas wealth, which generates 65% of the country's GDP and 98% of state revenues; and the government, based in the country's west, faces resistance as it tries to assert control over energy resources and infrastructure largely based in the country's east. There is no easy or foreseeable solution to these problems.

For those companies that can reduce their presence in Libya, doing so is a strategically sound decision. ExxonMobil (NYSE:XOM) is in the position to make that move and is taking advantage of it. Last September, ExxonMobil announced that it would cut back on staff and operations due to chronic instability, although the company expressed interest in working in the country once the security situation improved.

Some companies' best bet is to sit tight. ConocoPhilips (NYSE:COP) has seen production come to a halt due to strikes. However, Libyan production represents a small part of the company's overall business, and the firm is moving to focus more on North America. With a fairly small presence in Libya, it may be wise to maintain its current commitment level to the country and use its presence as a base to expand in a more stable security environment.

For companies that are so tied up in Libya that a truly meaningful reduction in exposure to the country is not feasible, as is the case with Eni (NYSE:E), rough times lay ahead. Eni has the most exposure to Libya among the international companies operating there. Instability has nearly halved its daily production in the country, and profits took a 14% hit in Q4 2013.

International firms operating in Libya, especially in the oil and gas sector, are making a significant gamble. For the foreseeable future, it is a losing one.