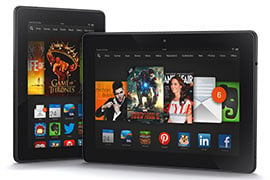 On June 18, 2014 Amazon.com (NASDAQ:AMZN) will reveal a new device that is likely the long-rumored smartphone.  But as Amazon readies to enter the fiercely competitive mobile industry, Reuters reports that the company also made a quieter move to become a middleman in recurring billing -- and stand in competition with eBay (NASDAQ:EBAY) subsidiary PayPal and Google (NASDAQ:GOOG) Wallet.

Amazon's move into handling consumer payments further pushes the idea that Amazon wants to serve as an all-encompassing lifestyle brand. But will Amazon burn out trying to become everything to everyone?

Payment plan
Amazon wants to stand as the middleman between customers and start-ups -- or established businesses -- with services that involve recurring billing. This might include subscriptions to digital products such as games or music, or more mundane services such as paying a phone bill. Amazon gets a fee for each transaction and the biller has access to 240 million active users with credit cards on file.

Consumers can already set up recurring billing through both eBay's PayPal and Google Wallet, though the latter focuses on digital content. But the Amazon offer could appeal to those whose biller only allows payments through that system -- or shoppers who already use Amazon so much in day-to-day life that using the site as a payment service seems like the next logical step.

And it's that latter reasoning that has driven Amazon to branch out into a staggering number of areas over the past several years.

Amazon's kitchen sink method
The forthcoming unofficial-but-likely smartphone unveiling will push Amazon further into the device business. Kindle Fire tablets have essentially rendered Barnes and Noble's Nook extinct. And the cheaper price tag -- and generous device purchase installment plan -- will help Fires hold their own against Apple's higher-end iPads. And customers will have yet another way to utilize and connect Amazon services.

Here are a few other "daily life" projects Amazon has launched:

The beauty of Amazon's plan is that each service seems only one step beyond what an active user already gets from the site. Regularly order merchandise from Amazon.com? Why not get groceries at the same time? Own a Kindle Fire? Why not integrate a Fire TV box that utilizes a similar interface? And, heck, might as well toss in an Amazon smartphone if the device offers cross-platform integration with the Fire products.
On the device front, Amazon might achieve the multi-device harmony that so eluded Microsoft's Windows 8, which works wonderfully on mobile devices but turns PC work into a chore. And the additional merchandise services mean that Amazon isn't overly dependent on its devices selling well. After all, it's widely known that Amazon sells its Fire tablets at a near loss merely to have active users purchasing music, movie, and e-book downloads.
Competitor comparison
Amazon reported first-quarter results in April and beat analyst revenue estimates with $19.7 billion. But the company missed EPS estimates by $0.01 with $0.23. Analyst estimates for the second quarter include revenue of $19.3 billion and a net loss per share of $0.07. Amazon currently has a market cap of around $151 billion and a forward P/E of 68.
Online marketplace competitor eBay also reported its first-quarter results that month and beat analyst estimates on both revenue and EPS with $4.3 billion and $0.70, respectively. Second-quarter estimates include $4.4 billion in revenue and $0.69 in EPS. The company has a market cap of around $63 billion and a forward P/E of 14.8.

Foolish final thoughts
Amazon has a lot of balls up in the air but has proven a capable juggler. The company isn't overly dependent on any one service proving successful since the devices, payment plan, and delivery extras all boil down to motivating customers to purchase merchandise.