Apple's products already have a huge presence in China, and HomeKit could push demand even higher.

There's a lot of anticipation surrounding Apple's (NASDAQ:AAPL) upcoming hardware releases, namely a new iPhone 6 and possible iWatch. But Apple may have released one of its most important features last week when it debuted HomeKit -- the company's first major foray into the Internet of Things, or IoT.

While IoT is still a new and somewhat opaque idea, there's one country that's already ahead of the rest of us, and it may be the prime market for Apple's home automation system.

China is leading the Internet of Things
A recent report by the GSM Association shows that China's overall machine-to-machine -- and by extension IoT -- connectivity far surpasses anything currently in the U.S. or Europe.

China already has more than 200 'smart city' initiatives throughout the country.

China currently has more than 50 million machine-to-machine, or M2M, connections -- which equates to about 27% of all M2M connections worldwide. The country already uses mobile connections to control street lights and monitor everything from sewer covers to noise pollution levels.

More importantly, China also has 219 cities signed up for 'smart city' initiatives that connect local municipality infrastructure systems to the Internet. By comparison, the US public sector is just getting started with IoT in San Jose this month.

Great, but what does this mean for Apple
Apple's HomeKit is designed to pair third-party devices like Phillips' smart light bulbs and Honeywell's new smart thermostat together on one platform. This means that users won't have to open two separate apps to turn down the lights and adjust the temperature and, more importantly, they can pair both devices together and give a voice command to Siri to control both the lights and the thermostat at the same time. 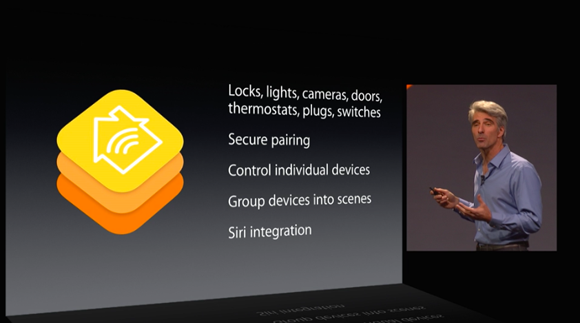 The size of the Chinese consumer market obviously makes the country an important focus for Apple and every other consumer tech company. But the level of connectivity -- boosted by China Telecom, China Unicom and China Mobile all building out connected cities -- combined with the connectivity focus by local Chinese governments and the national government make it an ideal market for adopting Apple's Internet of Things home.

So far, no major tech company has made it simple to combine multiple smart home devices together, across major brands, and batch them together with voice commands. Apple's HomeKit is big news for home automation, but combining that with China's lead in the IoT space, makes a great case for Apple dominating the consumer IoT market in the country.

Foolish thoughts
So will China go head over heels for Apple's HomeKit? That's obviously to be determined. But with the level of connectivity some of China's cities are seeing, mixed with all three Chinese mobile operators pushing IoT, it appears that Apple's integrated platform could have a huge impact on the Chinese market.

More than two years ago a CNN article said China was looking to lead the world in the Internet of Things. It appears the country has reached that goal, and now it's time to see if Apple can benefit from it.