David Post
(daredeke)
Author Bio
Money makes the world go 'round, which is why covering the financial sector gives me insight into every business. Looking for laser-focused companies at a good value.

What kind of things do you consider when looking to deposit your investing dollars in a bank? Solid lending philosophy? Stable growth? That it knows how to make it through a financial crisis?

If that strikes your interest, Huntington Bancshares (NASDAQ:HBAN), the holding company for the regional Midwestern lender, has everything you're looking for -- since 1866! Let's take a look:

From a frugal family
The bank's nearly 150 year operating history all starts with Pelatiah Huntington opening up shop in Columbus, Ohio.

P.W. (as he was understandably called) was the type of man who embodied thrift. He was so conscious of a dollar that every morning on his way to work he would pick up sticks to save money on heating costs for his bank.

He believed "credit is a subtle thing," a philosophy he passed onto his three sons who also happened to go by their initials -- F.R., T.S., and B.G. Together they kept the bank under family management well into the 1950s.

Following their father's guidance, the sons successfully navigated the Great Depression and positioned the bank to take advantage of a boom period in Columbus that lasted through World War II.

Deregulation and growth
Despite early success, for about its first 100 years Huntington was largely confined to operating within close proximity of Columbus due to banking regulations at the time. It has not been until these past 50 years that Huntington has transformed into the $60 billion asset bank that it is today.

The beginning of its growth can be seen in 1966 when the company reorganized under a bank holding company to take advantage of a deregulation trend in the banking industry. In the decades that followed, as state and federal banking laws loosened, Huntington's appetite for acquisition grew.

The large acquisition of Union Commerce Bank in 1982, which effectively doubled the bank's size, catalyzed a growth spurt that only accelerated throughout the 1990s. By 2000, the company had doubled its number of branches and nearly tripled its total assets from a decade earlier. 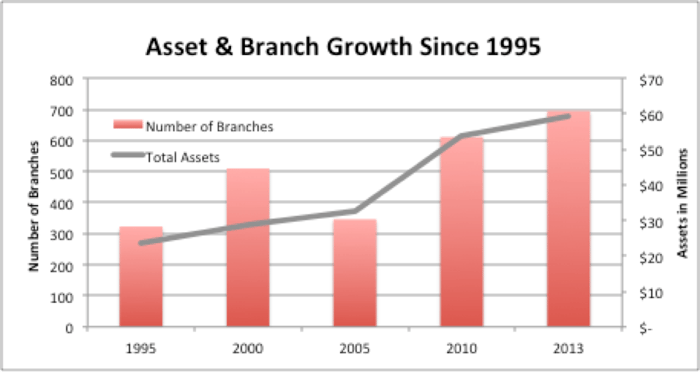 Huntington's growth came quickly but conservatively. Sticking true to its conservative heritage, a succession of capable managers kept the company's growth in check while many other banks collapsed under their own newfound weight.

"If we had tried to grow as fast as they did, we wouldn't be around anymore," noted Frank Wobst, former Huntington chief executive, in a 1993 issue of Forbes.

In 2009, Huntington faced a massive $3.1 billion loss: largely the result of a ballooning pool of nonperforming assets totaling over $2 billion.

That same year a new chief executive, Stephen Steinour, took the reigns. Not only has Steinour returned the company to profitability, pushing net income above pre-recession levels and shrinking nonperforming assets by over 80%, he has continued the growth of the Huntington footprint. 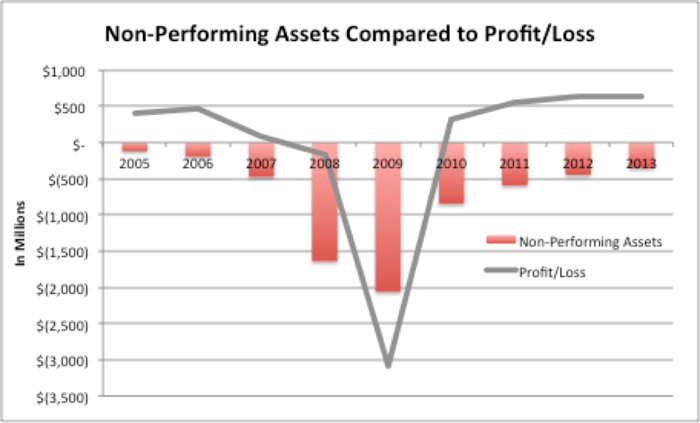 In 2012, Steinour announced a deal with the Meijer retail chain to open 80 in-store locations throughout the state of Michigan by 2020. The effort is part of an initiative to open 120 new branches in the state. The company has continued its Michigan push with the acquisition of 24 Bank of America branches earlier this year.

P.W. would be proud
From founding to financial crisis, Huntington has demonstrated a culture of conservatism in the growth of its business.

The recent recession proved more than ever P.W. Huntington's belief in just how subtle a thing credit can be. Heeding this warning, Huntington has successfully grown its business and is poised to continue to do so in the future.