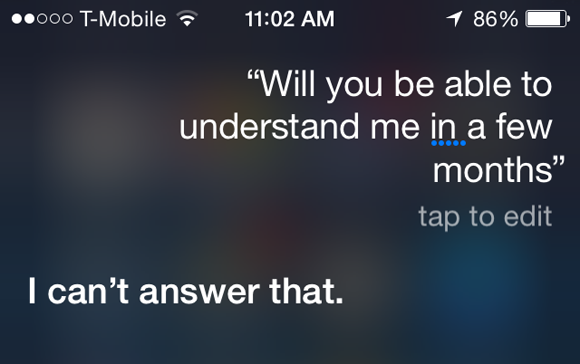 The Wall Street Journal is reporting that the company behind Apple's voice recognition for Siri may be for sale.

Earlier this week The Wall Street Journal reported that Nuance Communications (NASDAQ:NUAN) -- the company behind the voice recognition software for Apple's (NASDAQ:AAPL) virtual assistant -- may be in talks with Samsung (NASDAQOTH: SSNLF) about a buyout. While no deal has reportedly been made, this potential acquisition would have several implications for Apple. 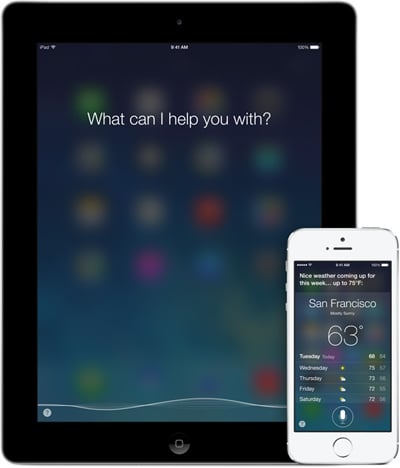 Multiple outcomes
Let's assume for a moment a deal is reached in which Samsung becomes the sole owner of Nuance. The Wall Street Journal report, combined with the fact that Nuance already provides voice recognition software for Samsung's mobile devices, TVs, and now wearables, make this a plausible scenario. If that happened, Apple could lose the ability to use Nuance's voice recognition services for Siri, which would leave the iMaker either searching for new company to fill the void or forced to bring the tech in-house.

Even if that scenario played out, it's not likely the upcoming iPhone 6 would lose Nuance's technology just yet. Right now, it appears Nuance is only having conversations with potential buyers, which means any existing contracts -- such as voice recognition for the iPhone 6 -- would remain intact.

We can then extend this idea a bit further. If it's safe to assume the iPhone 6 will keep the same Siri listening software, even if a Samsung buyout occurs soon, then it's also possible that Apple has an existing long-term contract in place. Since neither Apple nor Nuance have shared such information, we obviously don't know, but Apple has been using Nuance since the iPhone 4s and it's plausible the two companies have signed a multiyear or multidevice contract.

Lastly, and just as likely, there might be no deal and things could continue exactly as they are right now.

So what does all this mean?

Foolish final thoughts
Talk of a possible Samsung acquisition of Nuance brings up longtime questions regarding why Apple never snatched up Nuance. Apple typically likes to pick up small companies and then utilize their tech and talent for itself. And while Nuance would have been a rather large purchase for Apple, this purchase would have fit well with Apple's modus operandi. With the company so integrated into Apple's mobile devices, it's a bit surprising that never happened.

Obviously, even if Samsung or another company picks up Nuance, Siri isn't going anywhere. For investors, the thing to watch would be how Apple's voice recognition strategy would play out if an acquisition does occur. Since Apple doesn't own Nuance I'm sure the company has already planned for such a scenario. But Samsung bringing the tech completely under its roof could give it an advantage over Apple, considering that Android's voice commands are already an integral part of the mobile OS, and in many ways trump Apple's own virtual assistant. Ultimately, I wouldn't be too worried about these rumors, but it would be wise for Apple investors to keep tabs on any new developments.