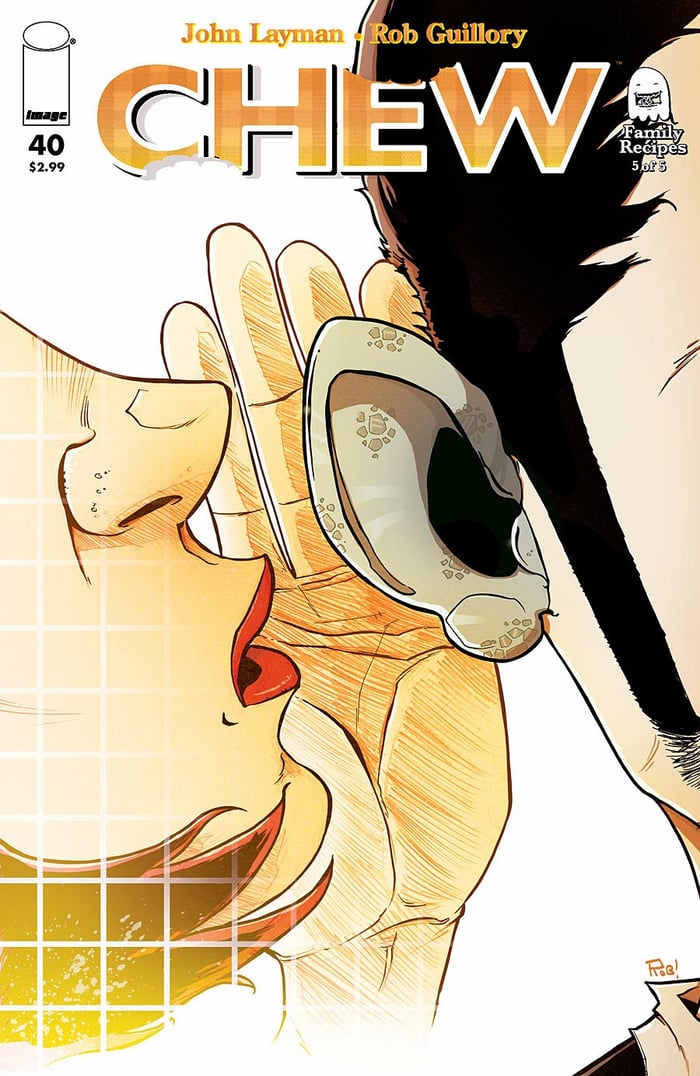 Why did CBS (NASDAQ:VIAC) and Showtime give up on adapting the popular comic book series, Chew? Fool analyst Tim Beyers had a chance to ask series co-creator John Layman at this month's Denver Comic Con. Listen in as guest host Alison Southwick and fellow analyst Nathan Alderman ask Tim about the interview in this episode of 1-Up On Wall Street, The Motley Fool's web show in which we talk about the big-money names behind your favorite movies, toys, video games, comics, and more.

Tim says that Denver Comic Con now ranks among the nation's largest cons with roughly 86,000 in total foot traffic over Father's Day weekend. Even more amazingly, the show is only in its third year and drew that crowd without help from either of the Big Two comic book publishers. Neither DC nor Marvel was in attendance, leaving plenty of room for indie publishers to show their wares.

Count John Layman among the indie stars there talking with fans about his work on Chew, an acclaimed Image Comics title he produces monthly with artist Rob Guillory and which Showtime acquired the TV rights to three years ago. The option has since expired and now the new owners of the cult magazine and media company Heavy Metal are adapting Chew as an animated series with actors Steven Yeun and Felicia Day voicing starring roles.

"Everyone wanted Chew when it was new and it was hot. And then Showtime got it and it didn't really know what to do with us," Layman said. "Every time there was an iteration -- a script iteration -- more notes came back and they got further and further from Chew."

Tim says that has to be disappointing if you're an investor. Showtime is part of the cable networks group that accounts for roughly 24% of CBS' operating profit. That'll be tougher to achieve without Dexter and Californication in the mix. Penny Dreadful appears to be helping, and will get a second season. But Chew also leaves a gap.

Now it's your turn to weigh in. Click the video for more about Tim's interview with John Layman, and then leave a comment below tell us what you think of Showtime's strategy and CBS stock at current prices. You can also follow us on Twitter for more segments and regular geek news updates!