On Tuesday, the stock market fell substantially, giving up what could have been another record run that would have marked the 12th time the Dow had hit all-time highs in 2014. Early in the session, bullish investors focused on solid economic data signaling strength in consumer confidence and new-home sales. But those gains didn't hold, as a large drop in energy stocks helped stocks reverse course and fall, leaving the winners' list looking pretty thin. Among the better performers in the ailing market were Micron Technology (NASDAQ:MU), Qihoo 360 (NYSE:QIHU), and Merrimack Pharmaceuticals (NASDAQ:MACK).

Micron Technology rose almost 4% after the memory-chip company announced its latest quarterly financial results last night. Adjusted earnings per share topped investors' expectations by more than 10%, as revenue soared 72% from year-ago levels thanks to Micron's acquisition of Elpida in mid-2013. Prices of Micron's key chips were mixed, with DRAM falling 2% but NAND remaining about flat. Future guidance also pointed toward flat DRAM prices going forward, and with that part of its business making up more than two-thirds of Micron's total revenue, mild growth in production and modest cost reductions look positive for the current quarter. Interestingly, the results weren't good enough to lift the shares in after-hours trading Monday, but key upgrades from analyst firms convinced uncertain investors that Micron's future does indeed look bright. 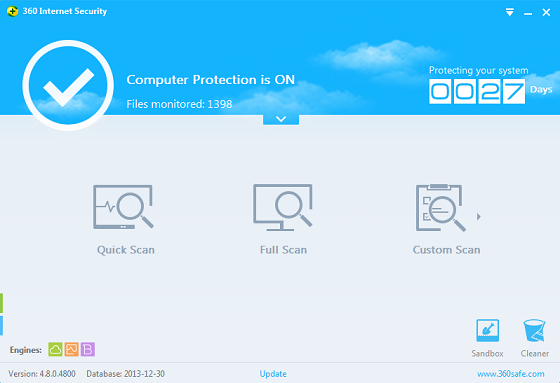 Qihoo 360 also picked up about 4% as the stock was selected as the bullish stock of the day by analyst firm Zacks. Qihoo has done an impressive job of becoming a game-changing player in the dynamic Chinese Internet space, making waves and disrupting even the leading search-engine provider's dominant position in the industry. As the largest e-commerce company in China comes public soon, Qihoo 360 could see some collateral interest from investors focusing on the space once again, as smart moves like free cloud-based security services to drive interest and demand could well pay off for the challenger in the industry. Obviously, Qihoo 360's larger peers won't go down without a fight, but for now, the upstart Internet player is making all the right moves.

Merrimack Pharmaceuticals gained 6%, bouncing back from a two-day plunge that had sent the stock down by almost 15%. Merrimack's big drop last week came after the company said that partner Sanofi had decided to end its collaboration in developing the cancer drug MM-121. With data raising fears that the treatment won't be as effective as investors had hoped, the vote of no confidence from Sanofi represent just another worry for those who had placed great hopes in Merrimack's success. Even after the drop, though, shares have still more than tripled since last November, and some believe Merrimack still has plenty of upside potential in the long run.