Amazon (NASDAQ:AMZN) recently launched its first smartphone, the Fire Phone, into the crowded sea of smartphones.

Unfortunately, Amazon overlooked some glaring mistakes with its phone in its zeal to draw more users into its sprawling ecosystem of online shopping and digital content. Let's take a look at the top three reasons why the Fire Phone could crash and burn.

1. High price and AT&T exclusivity
The biggest mistake Amazon made with the Fire Phone was its price. In a previous article, I speculated that the phone would have an unlocked price tag similar to the Kindle Fire ($100 to $200). The Fire Phone wouldn't be the greatest smartphone in the world, but it would be a cheap, serviceable one produced at a loss to tie more users to Amazon's ecosystem.

Instead, Amazon went after the high-end market with a device that cost $649 to $749 without a contract. By comparison, an unlocked 16GB Apple iPhone 5S costs $649, while an unlocked 16GB Samsung Galaxy S5 costs less than $600. With a contract, the Fire Phone costs at least $199, the same price as most higher-end phones.

Amazon then made things much worse by making the Fire Phone an AT&T (NYSE:T) exclusive. Even though Apple's iPhone was originally an AT&T exclusive, it was a highly unpopular requirement due to speed issues, high monthly fees, and excessive charges for upgrades. That's why iPhone owners were relieved when AT&T's exclusivity finally expired in 2011. Chaining the Fire Phone to AT&T in 2014 makes little sense except for marketing purposes, considering that Verizon Wireless is now the largest cell phone carrier in America.

2. Too many gimmicks in an ugly shell
Amazon believes that customers will overlook the two big issues of price and AT&T exclusivity thanks to its stereoscopic 3D, Firefly, and Mayday features. However, these features are blatantly aimed at boosting revenue for Amazon without any clear benefits for the consumer.

The stereoscopic 3D screen might be good for playing games, but the main goal is to sell more physical products via a hologram-like display. Firefly is simply Google Goggles and Shazam rolled into a single package. Mayday is really just a Skype-like connection to 24/7 tech support, and it's been available on Fire HDX tablets since last October.

Instead of piling on the gimmicks, Amazon should have focused on spicing up the Fire Phone's bland, utilitarian exterior, which has been heavily criticized by early reviewers. PC Magazine called the Fire Phone "damn ugly," and Gizmodo noted that its "design aesthetics were a definite afterthought."

Smartphone manufacturers have recently proven that cheap phones can be just as sleek as higher-end devices. China's Xiaomi Android phones, which are catching on in America thanks to their beefy specs and low prices ($270 to $320), are arguably more physically attractive than the Fire Phone. CNET recently praised the Xiaomi Mi 3 for its "beautiful aluminum-magnesium chassis" and "solid build quality." By comparison, the Fire Phone is sandwiched between two sheets of Gorilla Glass. 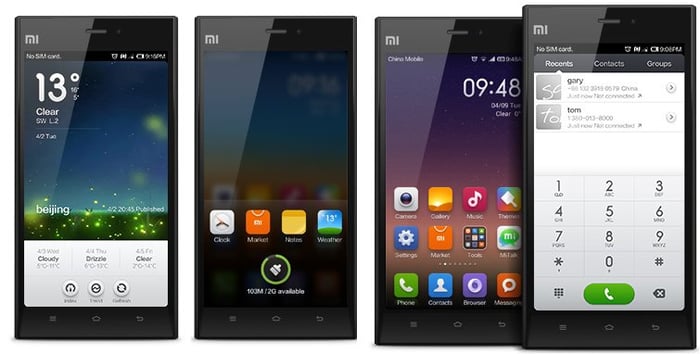 3. Expecting customers to forget Google
Last but not least, Fire Phone runs a forked version of Android. This means that users must download apps from the Amazon Appstore instead of Google Play, and Fire Phone owners will be cut off from the Google services that other Android phone owners can seamlessly access.

Amazon's Appstore now includes 240,000 apps, but that still pales in comparison to Google Play and Apple's App Store, which both offer over 1.2 million apps. Google Play apps can still be downloaded on a second Google-compatible device then transferred to the Fire Phone via a process known as "side loading," but it's clumsy and tedious.

Although Amazon's Appstore features popular apps like Facebook and Twitter, there are noticeably missing ones like a first-party Instagram app. Fire Phone users can also forget about using Google Maps -- they have to use Amazon's in-house mapping app built on Nokia's HERE technology.

The fiery takeaway
In conclusion, Amazon's Fire Phone was designed with Amazon's interests, not the consumer's, in mind. The high price and AT&T exclusivity will turn off most customers, and its unattractive appearance and lack of Google integration will scare off the rest.

Simply put, Amazon has grossly overestimated the appeal of its own ecosystem, and created a phone that very few people will want to buy. As a result, I believe that the Fire Phone will be a wasted effort that will fail to boost digital revenues as the Kindle and Kindle Fire did in the past.