Microsoft's (NASDAQ:MSFT) Halo: The Master Chief Collection, a remastered bundle of the first four Halo games, will arrive this November on the Xbox One.

All four games will be remastered at 60 frames per second at 1080p HD. Halo 2 will receive a complete graphical overhaul on par with the one Halo: Combat Evolved (2001) received in its Anniversary edition for the Xbox 360 in 2011. All the multiplayer modes and additional content from the original games will be included, and players can even string together various missions from the four games in any order like a playlist. 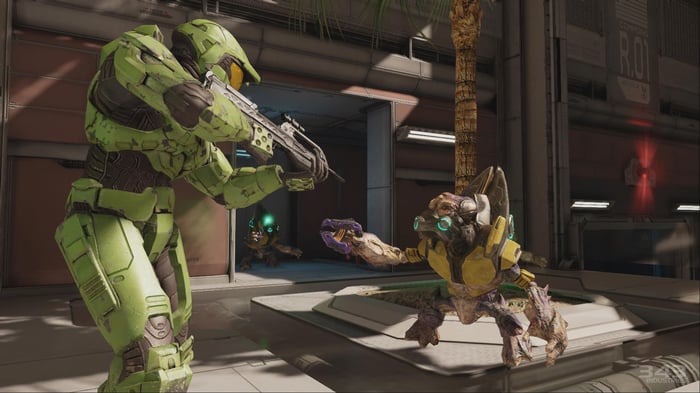 This love letter to Halo fans offers Microsoft a chance to redeem itself after being clearly outgunned by Sony (NYSE:SONY) and Nintendo (OTC:NTDOY) during E3 2014. The general verdict was that Microsoft offered plenty of games, but few compelling exclusive titles compared to Sony and Nintendo.

Let's take a look at why Halo: The Master Chief Collection could be the killer app that finally gets the Xbox One back on track this holiday season.

Master Chief is Microsoft's Mario
If Bungie Studios hadn't created Master Chief, the original Xbox might not even have survived long enough to evolve into the Xbox 360.

Halo: Combat Evolved, the original Xbox's most popular launch title in 2001, was arguably the first game to make first-person shooters playable on home consoles. Many modern shooters -- including the Call of Duty and Bioshock series -- still retain the control scheme introduced in Halo. Halo also introduced the concept of regenerating shields and melee attacks -- now both standard features in modern shooters.

The first two Halo games became the first and second best-selling titles for the original Xbox, with respective sales of 8.5 million and 6.4 million units. The two games helped the Xbox sell 25 million units by the time it was discontinued in 2008 -- a far cry from the 158 million PS2s that Sony sold, but a respectable finish for a new console, which paved the way for the Xbox 360.

Halo was an even bigger hit on the 360 than it was on the original Xbox. Halo 3 sold 11.9 million units, Halo: Reach sold 9.6 million units, and Halo 4 -- the first title developed internally by Microsoft's 343 Industries -- sold 9.1 million units. By comparison, out of the top 10 best-selling titles for Sony's PS3, only a single game -- Gran Turismo 5, which sold 10.9 million units -- was an exclusive title.

Considering that the best-selling Xbox One game to date, Titanfall, has only sold 1.9 million units, the Halo: The Master Chief Collection will play a critical role in helping the Xbox One gain ground against Sony's PS4 and Nintendo's Wii U.

These side-by-side comparisons of the original Halo 2 and the overhauled version in The Master Chief Collection are worth a thousand words:

The Master Chief Collection will lead into the launch of Halo 5: Guardians in fall 2015. More importantly, players who purchase The Master Chief Collection will gain access to the multiplayer beta of Halo 5, which will arrive this December. Items unlocked in the beta version will transfer over to the final copy of Halo 5, which could boost sales of both titles.

Halo could make Microsoft's Xbox One media efforts worthwhile
Microsoft will also release Halo: Nightfall, a weekly digital series produced by Ridley Scott for the Xbox One in November. The show will introduce gamers to Agent Locke, one of the central characters of Halo 5. Gamers who tune into Nightfall -- part of Microsoft's "Xbox Originals" initiative -- can unlock additional content for the Halo 5 multiplayer beta, which could generate higher sales for bothThe Master Chief Collection and Halo 5. 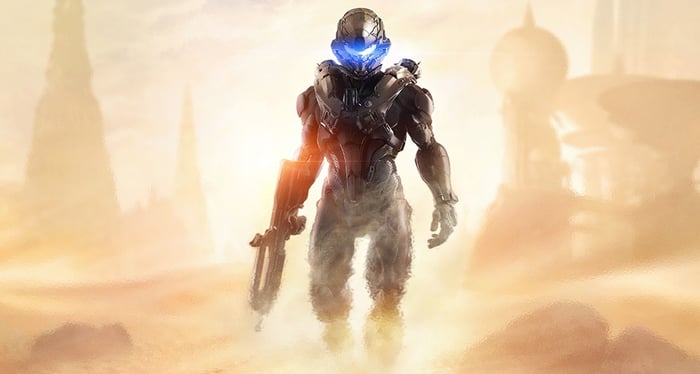 This is an excellent demonstration of how Microsoft can tie its fledgling media and maturing gaming businesses together. "Gamifying" original shows with accomplishments and digital content for games could help Microsoft use video game-based series as promotions for games and vice versa.

A second Steven Spielberg-produced Halo series, aimed at both the Xbox One and cable TV, is expected to premiere in fall 2015 to complement the release of Halo 5.

The Foolish takeaway
In conclusion, The Master Chief Collection could be the catalyst that the Xbox One needs to finally catch up to Sony and Nintendo.

Exclusive titles like Titanfall, Fable Legends, and Sunset Overdrive might help the Xbox One stay afloat, but Halo: The Master Chief Collection and Halo 5: Guardians will be the blockbuster titles that finally remind gamers why they fell in love with the Xbox in the first place.