CalAmp's recent pullback could be a buying opportunity for long-term investors, Credit: CalAmp

CalAmp Corp. (NASDAQ:CAMP)  released its fiscal first quarter 2015 earnings today and shares fell by as much as 16% in after-hours trading. However, unlike last quarter's across-the-board miss, this time CalAmp's results actually came in ahead of Wall Street's expectations.

Specifically, quarterly revenue rose 10% year over year to $59 million, just edging past the $58 million analysts had expected. That performance was led by a 17% increase in wireless datacom sales to $47.8 million, which easily offset a 14% drop in Satellite revenue to $11.1 million. Meanwhile, CalAmp's adjusted net income grew 23% over the same period to $6.9 million, or $0.19 per share, also beating estimates for earnings just $0.18 per share.

Also of note is that CalAmp's results were well within its previously guided ranges, which called for fiscal Q1 revenue of $56 million to $60 million, and adjusted net income per share of $0.17 to $0.21. That's all well and good, but at least one analyst chimed in ahead of today's report, effectively inflating expectations with the assertion that guidance was likely conservative.

Here's why CalAmp stock is down now
But that wasn't the biggest reason for today's after-hours drop. For that, investors must look to CalAmp's fiscal second quarter guidance for revenue of $57 million to $61 million, and adjusted net income per share in the range of $0.17 to $0.21. Analysts were more optimistic, with average estimates for fiscal Q2 sales and earnings of $62.5 million and $0.22 per share, respectively.

CalAmp CEO Michael Burdiek elaborated that fiscal second quarter Wireless Datacom revenue should be higher both sequentially and on a year-over-year basis, thanks both the resumption of shipments to a key OEM customer in the solar power industry and continued healthy consumer demand in most of CalAmp's other verticals. However, that strength will be offset by a "sharp decline" in Positive Train Control revenue, and only a small contribution from Mobile Resource Management products in Latin America. 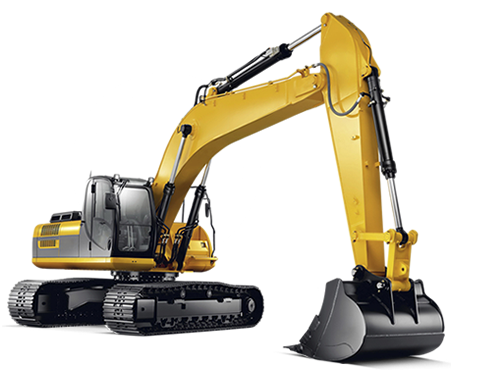 CalAmp's Satellite revenue could also fall sequentially to the lower end of its normal quarterly operating range, and for the full-year is now "anticipated to be below earlier projections." For perspective, last quarter CalAmp expected Satellite to ultimately return to a normalized revenue run rate of around $10 million per quarter.

The silver lining
This in mind, Burdiek once again insisted "the second half of fiscal 2015 will be significantly stronger than the first [...], with Wireless Datacom revenue growth expected to accelerate as we move through the last two quarters of the year driven by the emerging auto insurance telematics and heavy equipment markets."

And isn't this what has CalAmp investors so excited in the first place?

Foolish takeaway
As long as CalAmp's Internet of Things aspirations remain intact with its steadily growing Wireless Datacom segment, so, too, will its enticing long-term growth story.

As it stands, you might recall I opted to watch from the sidelines in the face of CalAmp's near-term weakness last quarter. That said, I'm much more encouraged by CalAmp's most recent results, and the stock is growing increasingly intriguing with shares now trading at a reasonable 15.5 times next fiscal year's expected earnings.