The Ensign Group (NASDAQ:ENSG) just jettisoned 96 of its properties in a tax-free spin off, issuing shares of CareTrust REIT (NASDAQ:CTRE). Since the CEO of Ensign Group sits on the board of CareTrust and the CEO of CareTrust is a notable shareholder of Ensign, the pair are likely to have an even cozier relationship than a surface view of this transaction suggests.

That's not a bad thing, but it's worth a deeper look at what could happen from here now that the transaction is complete.

Another small elder care REIT
The health care niche of the real estate investment trust (REIT) sector is relatively small, with three companies dominating over a collection of smaller players. In fact, CareTrust REIT, with just 96 properties, is pretty small compared to the big boys, each of which have over 1,000 facilities.

For example, Ventas (NYSE:VTR), one of the largest players, just agreed to acquire a health care REIT about the size of CareTrust REIT.

That $2.6 billion transaction will bring Ventas a company focused on medical office buildings (roughly 55% of net operating income) and senior housing (32%). The rest of the acquired business is hospitals (11%) and skilled nursing (2%).

The deal will bolster Ventas' medical office business, which is currently its third largest segment at 16% of net operating income. Senior housing (54%) and skilled nursing (19%) are one and two. Medical office buildings are a relatively attractive segment of the health care property sector.

Why spin CareTurst REIT off?
The big reason for the spin off is likely that Ensign Group wanted to get the properties off of its balance sheet. That reduces debt and frees the company up to focus on managing properties instead of financing buildings. And that's good for Ensign Group.

Since Ensign Group shareholders already owned the properties before they were spun off, it doesn't hurt them to have received CareTrust REIT shares.

And now shareholders can decide if they want to own health care properties or a health care management company—or keep both. That's still a good thing. 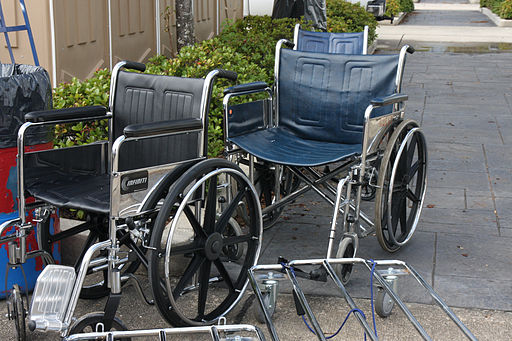 That would give Ensign Group access to additional funding and CareTrust REIT a potential stream of property acquisitions. As long any deals are priced fairly, everyone wins. However, there's another reason that supports the spin off... simplifying the acquisition of Ensign Group's former properties by a larger REIT.

Big deals are hard to find
Ventas' recent purchase, plus another smaller deal announced at the same time, will increase the size of its portfolio by roughly 10%. Deals of this scale are hard to come by and when they do appear they can be complicated. For example, one of the other big health care REITs bought an operating company and its properties and subsequently sold most of, though not all of, the operating company to a private equity shop which has since sold it to another company. That was a lot of work to expand a portfolio by roughly 120 facilities.

Ensign Group has, essentially, done the hard work already by braking itself up for any would be acquirer. And it has remained independent in the process. Will a company like Ventas step in and buy CareTrust REIT? It's clearly too soon to tell. However, it looks like a transaction that's just inviting a suitor's attention.