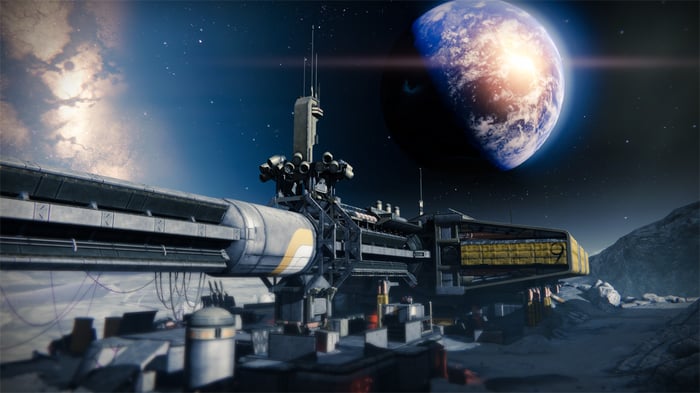 Activision Blizzard (NASDAQ:ATVI) has been getting a lot of attention lately. With the new consoles from Sony (NYSE:SNE) and Microsoft off to successful starts, and the broader gaming industry expanding rapidly, the company looks well-positioned to continue its gains. The publisher's share price currently trades near an all-time high, and it has consistently beaten earnings-per-share estimates.

With major properties like Call of Duty, Skylanders, and World of Warcraft, the publisher maintains some of the most valuable series in gaming. That said, Activision seems to be aware that it cannot rely on these cash cows indefinitely. The outlook for gaming's leading publisher is largely dependent on whether its new IP, Destiny, lives up to the hype. With confirmations of a $500 million production and marketing budget, Activision is betting big that it can create the medium's next massive series. Is the game set to take the world by storm? How will its performance compare to that of publishing rival Ubisoft's (OTC:UBSF.F) most recent megahit?

Activision aims for the stars
Activision Blizzard President, Bobby Kotick, disclosed that the company had $500 million tied up in the production, marketing, and infrastructure of Destiny. As Kotick stated, this represents the company's biggest-ever investment in new IP. Perhaps unsurprisingly, these expenditures were made with the expectation that the game will become the medium's most successful new property. In order to achieve that feat, Destiny will need to outsell the recently crowned holder of that title, Ubisoft's Watch Dogs. The game sold more than 4 million units to consumers in its first week on the market.

Will Destiny set a new standard for success?
While the performance of Watch Dogs has been undeniably impressive, there are compelling reasons to believe that Destiny can surpass it. The voracious appetite for software on the new consoles is evidenced by Ubisoft's recent blockbuster, with the majority of units sold coming from the PlayStation 4 version of the game.

Destiny appears to be faring better in the press than Watch Dogs did leading up to its release. While Ubisoft's game debuted to mostly positive reviews, the months prior to its release were filled with controversies and negative slants. That didn't stop the game from achieving incredible success, but, by comparison, the most pervasive negative story attached to Destiny seems to be that voice actor and Game of Thrones star Peter Dinklage has delivered a substandard performance as the game's robot sidekick. Additionally, the available budget numbers suggest that Activision's game will have a much larger marketing push than Watch Dogs.

Activision and Sony partner to promote Destiny
With regard to the console wars, Activision appears to have, once again, backed the right horse. Destiny will have timed-exclusive content on PS4, and a white version of the hit console will be bundled with the game and available for purchase alongside the title's September 9 release. Considering that this will be the first new color for the hardware and the high-profile nature of Activision's game, the bundle should move an impressive number of units.

Will Destiny be the year's best-selling game?
Pre-order analysis provides yet another indicator that bodes well for Destiny's future. According to Cowen Research, looking at pre-order numbers suggests that Activision's game might set the new record for most successful new gaming IP and be the year's best-selling game. The analysis from Cowen projects that the game will move between 10 million-15 million units in the calendar year. With Activision's new Call of Duty also on track for an enviable performance, the company appears to be headed for an excellent performance in the console market this year.

What does fate hold in store for Activision Blizzard?
There's tremendous pressure on Destiny to deliver and set new industry records. With such enormous hype surrounding the game, and Activision Blizzard at large, failure could adversely affect the company's valuation. An otherwise good performance simply won't be enough. That said, the game looks to be in solid shape to fulfill the company's promises.

If the title lands to its anticipated success, it will be a massive win for Activision on multiple levels. In addition to opening the door for a lucrative and ongoing franchise, Destiny is also structured around creating ongoing digital revenue streams. With World of Warcraft still losing players, and the paid-subscription model looking increasingly untenable, Destiny will serve as a crucial testing ground for the future of online gaming experiences. For Activision Blizzard, Destiny's performance has prophetic implications.