If you're one of the many investors who are eagerly waiting for the Alibaba IPO, you may want to consider other high-growth e-commerce companies in emerging markets. E-Commerce China Dangdang, MercadoLibre, and Vipshop may not be as popular as Alibaba, but that does not mean they have any less potential for growth in the years ahead.

Many investors are eagerly waiting for the coming Alibaba IPO, which is quite reasonable considering the tremendous growth potential offered by the e-commerce business in emerging markets. However, Alibaba is not the only way to invest in that exciting sector; companies such as E-Commerce China Dangdang (DANG), MercadoLibre (MELI 1.08%), and Vipshop (VIPS 2.51%) may not be as big and famous as Alibaba, but they do provide considerable upside potential.

E-Commerce China Dangdang
E-Commerce China Dangdang started as an online books retailer, but it has successfully expanded into other product categories over time, mainly apparel, maternity, and home products, among others. The company is reporting healthy sales growth, and profit margins are moving in the right direction. Investors are applauding this performance, as Dangdang stock has risen by more than 85% over the last 12 months.

E-Commerce China Dangdang has only recently begun to operate profitably, but the trend is encouraging. Gross profit margin was 18.2% of sales in the last quarter, versus 17.2% in the first quarter of 2013. The company delivered a small net gain of $0.3 million in the quarter, versus a net loss in the same quarter during the prior year.

Peggy Yu Yu, executive chairwoman of E-Commerce China Dangdang, provided a positive assessment of the company's performance: "Dangdang continued its path to profitability in the first quarter of 2014. We began the year on a positive note, achieving strong top-line year-over-year growth, the highest gross margin since the second quarter of 2011 and a second consecutive quarter of profitability."

MercadoLibre
MercadoLibre is the e-commerce leader in Latin America. Currency devaluation and economic volatility in countries such as Venezuela and Argentina is creating uncertainty for investors in MercadoLibre lately. But the company offers exceptional room for growth considering that e-commerce currently accounts for only 3% of all retail transactions occurring in Latin America, and MercadoLibre has the first-mover advantage in that region. 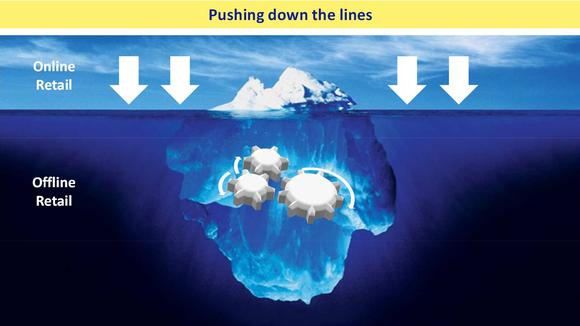 In spite of currency headwinds over the last several months, MercadoLibre continues delivering impressive financial performance for shareholders. Sales in U.S. dollars grew by 12.3% to $115.4 million in the first quarter of 2014, while revenue in local currencies increased by a remarkable 49.9% versus the first quarter of 2013.

Approximately 21.7 million items were sold on MercadoLibre during the quarter, a year-over-year increase of 20%. Payment transactions via its MercadoPago platform increased 36% versus the prior year, to 9.2 million.

The company gained 4.3 million registered users during the quarter, an accelerated growth rate versus the 4.2 million users it gained in the same period last year. MercadoLibre ended the quarter with a total base of 103.7 million users, a 21.1% increase from 85.7 million in the first quarter of 2013.

MercadoLibre operates a remarkably profitable business: Gross profit margin was 72.7% of sales during the last quarter, while operating margin came in at 29.5% of revenue.

Vipshop
Vipshop offers flash sales of high-quality and popular branded products in China at big discounts versus traditional retail prices. The discount retail channel in China is not as developed as in the U.S.; many brands rely on third-party platforms to build their online presence, and the market is highly fragmented. These factors provide big structural advantages for Vipshop, and the company knows how to translate its opportunities into big profits for investors.

Vipshop has consistently delivered improving profit margins over the last few years, and the company's latest earnings report was no exception. Gross margin increased to 24.9% in the first quarter of 2014 from 23.4% in the prior-year period.

As the company continues gaining negotiating power with suppliers and spreading its fixed costs into rapidly growing sales, investors have valid reasons to expect sustained earnings growth from Vipshop in the years ahead.

Foolish takeaway
E-commerce is a high-growth industry, and economies in emerging markets are particularly dynamic. E-Commerce China Dangdang, MercadoLibre, and Vipshop may not be as popular as Alibaba, but that does not mean they have less potential for growth in the years ahead.

Andrés Cardenal has no position in any stocks mentioned. The Motley Fool recommends and owns shares of MercadoLibre. We Fools may not all hold the same opinions, but we all believe that considering a diverse range of insights makes us better investors. The Motley Fool has a disclosure policy.

Why Vipshop Stock Crashed and Burned on Thursday
370%