Joseph Hogue
(jhogue99)
Author Bio
I am a freelance equity analyst and investment writer with ten years in the industry. I have worked as a sell-side analyst and have written hundreds of articles, reports and valuations.

The consumer discretionary group is the only sector that posted a loss for the first half of the year, as it trailed the S&P 500 by more than 6%. Poor consumer spending in the first quarter drove earnings expectations lower and analysts largely downgraded the group. Investors may want to start making contrarian bets on the sector, as stronger economic growth and jobs data may breathe new life into the shares. 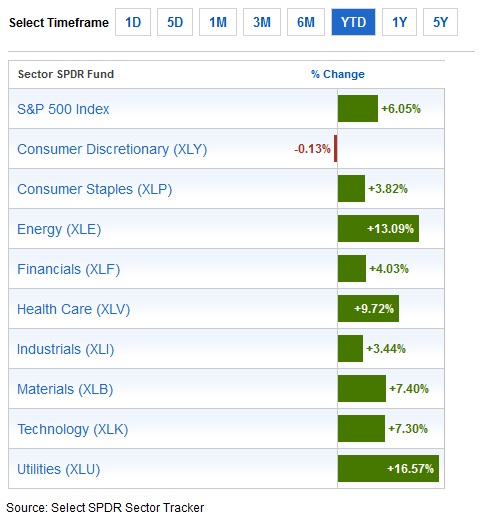 First-quarter woes persist into second-quarter performance
Despite the poor performance in shares of consumer discretionary companies, the group actually beat earnings expectations in the first quarter by 4.7%, just under the 5.1% average beat by stocks in the S&P 500. Earnings growth averaged 4.6% in the first quarter against the same period last year with sales growth of 3.9% on the year. The Consumer Discretionary Select Sector SPDR (NYSEMKT:XLY) rebounded 7.3% from its February low, but still closed the quarter 1.4% lower.

The second-quarter improvement in sentiment across the general market has not been felt in shares of the group. The sector has seen the second largest cut in earnings expectations, second only to the materials sector, with analysts now expecting growth of 9.1% in earnings compared to the same quarter last year. Analysts expect sales for the group to increase by 4.7% over the year-ago period.

The widespread pessimism in the sector is not entirely unfounded. Consumer spending rose just 1% in the first quarter and May data shows an increase of just 3.5% from the prior year. The sector has seen the most negative pre-announcements with 22 companies reporting that their second-quarter earnings will fall short against just two positive pre-announcements.

Poor sentiment and inexpensive shares may mean a bargain
The underperformance in the sector has driven the price multiple lower relative to other sectors. Its forward price multiple of 17.8 times on expected earnings over the next four quarters is just 7.8% higher than the 10-year average (16.5) for the group. According to data from Factset, the group is the second least expensive next to information technology and is well below the 13% premium for the general market. 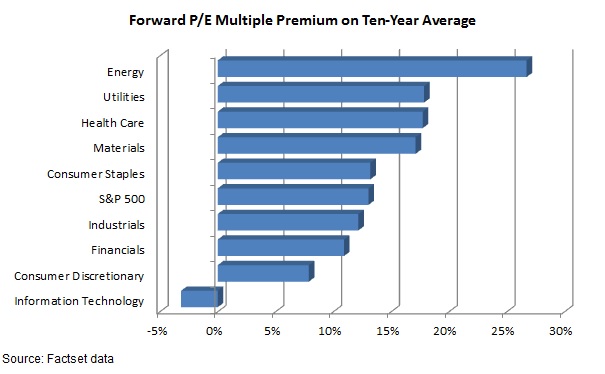 A protraction of the poor consumer environment could send consumer discretionary stocks lower, but several reasons point to a rebound when earnings start coming out for the second quarter.

Last week's blowout jobs number of 288,000 was the fifth consecutive month of 200,000-plus job growth. Average weekly hours have been steady at 34.5, while average hourly earnings have increased for 10 consecutive months. A sluggish recovery in employment has been the focus of economists and others who predict a weak consumer.

Beyond the strong jobs picture, the general economy is picking up and this could lead to optimism in consumer goods. Manufacturing has rebounded solidly since the beginning of the year and housing numbers for the last couple of months seem to imply that the spring selling season was delayed to the summer. The FDIC Quarterly Banking Profile showed marked improvement in consumer lending with the percentage of non-current loans dropping by 39% and demand increasing for unsecured loans.

Analysts have slashed their earnings expectations for Coach (NYSE:TPR) by 22.8% over the last 90 days to $0.53 per share for the quarter. They have also cut their expectations for the full year and the shares now trade for just 10.4 times trailing earnings against a five-year average of 17.8 times earnings. While analysts expect sales to be 6% lower this year and 10% lower in 2015, the company still commands a strong brand and a 28% operating margin. The company has $565 million of net cash on its balance sheet and created $805 million in free cash flow over the last four quarters. A program of store closings and repositioning in North America while it increases its Asia footprint should drive Coach's margins over the next year. If Coach succeeds with its repositioning strategy this could lead to a turnaround in sentiment and a price multiple closer to the market average.

Shares of General Motors (NYSE:GM) have declined 8% since the beginning of the year on the company's massive vehicle recall. As of late June, the company had recalled 25.7 million vehicles in the US due to ignition switch problems. According to Experian, that amounts to 40% of the 64.6 million GM cars and trucks on the road. CEO Mary Barra has said that the company expects to take a charge of up to $1.2 billion for recall-related repairs in the second quarter, just below the $1.3 billion charge it recognized in the first quarter. Against the massive recall, vehicle sales are holding up with an increase of 2.5% in the first six months of the year, only slightly below the 4.3% industrywide gain. The company sold 1.46 million cars and light trucks in the first half of the year with a 17.8% share of the market.

If the recall has not hurt GM's sales, there is reason to believe that it might actually drive stronger growth over the rest of the year. GM does not even make most of the recalled models anymore. The Cobalt has been replaced by the Cruze, the company's strongest-selling car and arguably one of its best-quality vehicles. GM is offering employee discounts and loans of up to 90 months, an extremely attractive offer in the low-rate environment, to customers who own recalled brands. This all translates into nearly half of the company's customers coming into showrooms for sales pitches. While the executive management of the company may not easily shake the stigma of the recalls, car sales are a local experience and dealers should still be able to push volume.