Russia's Gazprom recently inked a deal to send natural gas to China—but China's still going to need the help of this company to meet its gas demand.

China has a nearly insatiable apatite for power. An increasingly affluent society demands it. However, getting enough power to fuel the country has been hard, and the nation's smog-filled skies prove it. That's why it inked a deal with Russia's Gazprom (OGZPY -46.60%). But that will take years to get up and running. That's why shipper Teekay LNG Partners (TGP) is expecting big demand growth in Asia.

A good deal
Gazprom has a problem. This government-controlled entity is stuck in the middle of Russia's tussle with Ukraine. That's a problem because Europe, which appears to like Ukraine just as it is, accounts for roughly half of Gazprom's natural gas sales. Unfortunately, it looks like Russia would like Ukraine to, well, become Russian. It's already annexed Crimea and there are reports (just reports mind you) that Russia is supporting distant groups in Ukraine. 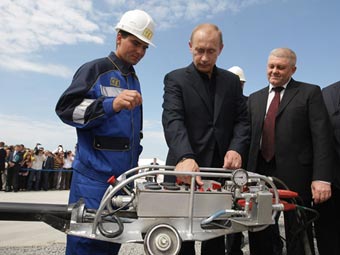 The potential side effects of Russia's global provocations help explain why Gazprom finally signed a long-stalled gas supply deal with China. Why didn't it get done earlier? Russia wasn't willing to take the price being offered by China. Well, now it is and the $400 billion agreement is probably a better financial deal for China than Russia and Gazprom. But it gives Russia breathing room to keep agitating on the world scene.

That said, the average price of roughly $360 per 1,000 cubic meters China is paying is roughly in line with Germany's cost of $366. That will make Germany and China, which will be Gazprom's two largest customers once China is online, roughly equal—with the edge going to China.

That's huge potential growth. And it helps to explain why this LNG shipping specialist is investing in new ships even though there are too many floating around right now. Teekay LNG Partners expects the oversupply of ships to switch to an undersupply situation in 2016 that just gets worse and worse the next two years. The fact that those dates correspond to a ramp up of regasification capacity in China and India is no accident. 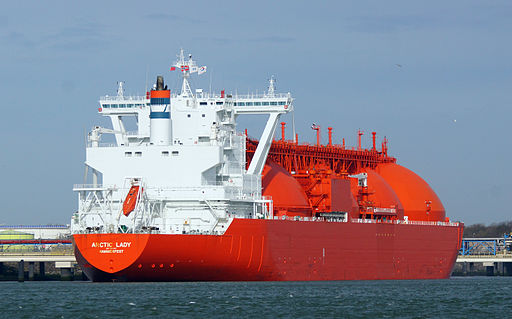 Paid to wait
So feeding the Chinese natural gas beast will take more than just Gazprom's pipes. New regasification facilities proves this because they aren't something you build for short-term use. And Teekay LNG Partners looks ready to fill the void.

Perhaps the best part, however, is you get paid well to wait for the LNG shipping industry's supply/demand imbalance to shift. Teekay LNG Partners offers a yield of roughly 6.3% and it has increased its distribution every year since 2005.

Helping to drive that distribution growth has been a steadily expanding ship count. It started with nine ships in 2005 and through new builds and acquisitions it now has interests in roughly 80 ships. And Teekay LNG Partners isn't done yet. For example, it just inked a deal for stakes in four ships to be delivered between 2017 and 2019. These new builds already have 20-year contracts in place.

Big gas opportunities beyond U.S. borders
To be sure, Teekay LNG Partners is hoping to deliver U.S. natural gas around the world. But the demand for gas isn't reliant on supply from the United States. There is a thriving global trade already in place that's supporting Teekay LNG Partners' growing distributions. In fact, this shipper is a good way to play global LNG demand regardless of what happens with domestic gas supplies. And Russia's global games could increasingly add Europe to the list of customers seeking LNG from the high seas.