John Divine
(TMFDivine)
Author Bio
Fool since 2012, unique fingerprints since birth. Age 7: Put lifetime savings ($18.37!) in the bank, became disillusioned with low interest, and a fascination with the stock market was born.

Stocks posted widespread gains on Monday, recovering from last week's dismal performance, the worst week in a month for the Dow Jones Industrial Average (DJINDICES:^DJI). All eyes were to corporate earnings today, and Citigroup drove Wall Street's euphoria, as the $147 billion bank beat expectations for both revenue and income. Citigroup also finally reached a settlement with the Department of Justice to put its biggest legal woes from the financial crisis firmly behind it. The Dow hit all-time highs today and finished with a 111-point, or 0.7%, gain, closing at 17,055.

Wal-Mart (NYSE:WMT) ended as one of just five stocks in the Dow to lose ground today, shedding 0.4%. The retail behemoth was already facing an uphill PR battle when, last month, one of its weary tractor-trailer drivers in the fourteenth hour of his shift struck a limo with former "SNL" star Tracy Morgan, seriously injuring him and two others and fatally wounding another passenger. Mr. Morgan is now suing Wal-Mart for negligence in the tragedy. On a lighter note, June U.S. retail sales figures should come out tomorrow, giving investors some insight into how Wal-Mart itself may have fared last month.

Shares of CHC Group Ltd. (NYSE: HELI), a commercial helicopter business with a focus on the offshore oil and gas industry, also fell today, shedding 2%. The stock finished as one of the five biggest losers in the stock market last week, as shares took an 11% haircut on the heels of a weak quarter and subpar forward guidance. Investors continued to trim their positions on Monday, finding CHC Group's declining margins and troubling sales growth a bit too bearish to cope with. 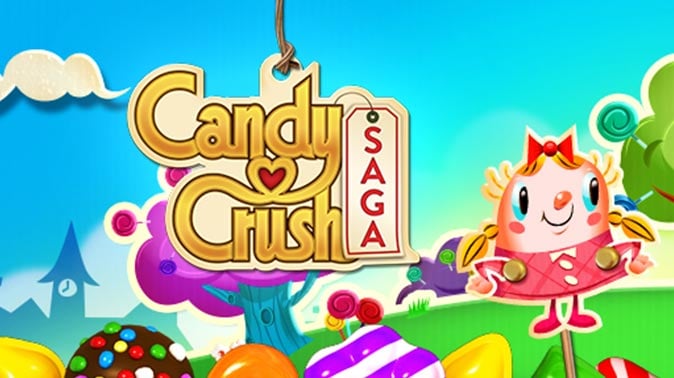 Shares of King Digital Entertainment (NYSE:KING.DL) also lost 2% today, although there's not much rationale behind today's fallout. The app-maker behind the colorful and highly popular Candy Crush Saga game went public in March, so shares are still a bit volatile and prone to sudden fluctuations. While a P/E ratio of just 10 indicates that investors are clearly dubious about whether King Digital can duplicate its success, the app market itself is growing by leaps and bounds. Apple's app store celebrated its sixth birthday last week, and in that time global app sales -- not including subscriptions and services purchased outside of the app store -- have ballooned to $30 billion.