Most energy companies provide investors with a reserve report at the end of each year. But Magnum Hunter Resources (NYSE: MHR) isn't like most energy companies, which is why its investors are getting a midyear reserve report this year as well. It's a report that shows one thing, Magnum Hunter Resources is beginning to prove that there is real value in its Utica Shale position.

There are two important factors that affected the change in reserves. The company sold oil and gas properties in both Texas and Canada, which had a negative impact on these reserves. But the impact of those divestments was more than offset by additions from the company's Marcellus and Utica Shale operations. 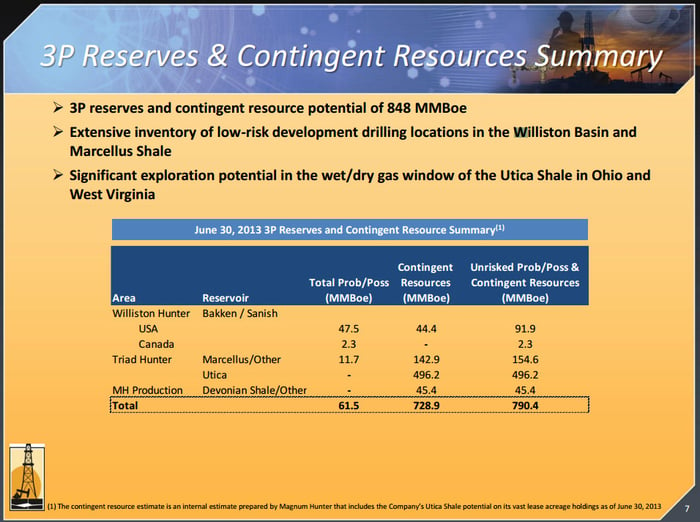 Ready for liftoff
Because of that massive untapped upside Magnum Hunter Resources' midyear boost in reserves is really just a small sampling of what's to come. But this energy upside isn't just wishful thinking either. We've seen peers in the Utica Shale like Antero Resources (NYSE:AR) begin to pile on Utica Shale reserves in recent years.

Take a look at the chart in the right-hand corner of the following slide. 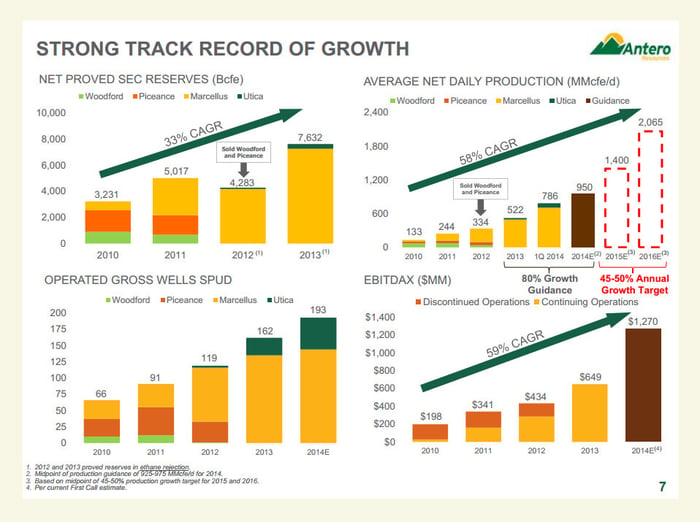 Note that as of 2011 Antero Resources had yet to book any Utica Shale Reserves. But that begins to change in 2012 as a sliver of Utica Shale reserves shows up in Antero Resources' reserve report. It's a sliver that showed strong growth in 2013 and will likely show even stronger growth this year as Antero Resources continues drilling new wells. So far the company has completed 29 wells in the play with a 100% success rate, but with a large inventory of future well locations Antero Resources shouldn't have any problem continuing to grow its reserves in the Utica Shale.

Likewise, Gulfport Energy (NASDAQ:GPOR) has seen a dramatic rise in its reserves thanks to the Utica Shale. The company is spending a bulk of its drilling capital to develop the play, which has resulted in a dramatic uplift in both production and reserves as this next slide points out. 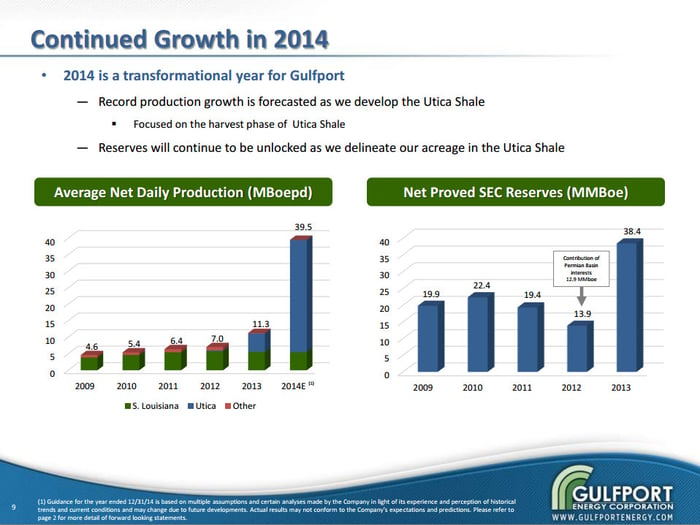 As the charts on that slide demonstrate, Gulfport Energy's production rate has surged higher thanks to its investments to drill the Utica Shale. Meanwhile, those wells have added substantial proved reserves onto the company's books. With a substantial inventory of future well locations Gulfport Energy will continue to see its position in the Utica Shale fuel value for the company.

Investor takeaway
Magnum Hunter Resources is just beginning to prove the value of its large acreage position in the Utica Shale. Its midyear reserve report only had the addition of a handful of wells, but these wells helped to fuel a nice bump in the value of the company's reserves. But as we've seen from both Gulfport Energy and Antero Resources, when drilling finally does take off it fuels explosive growth in proved reserves.