The tech sector is giving the Dow Jones Industrial Average (DJINDICES:^DJI) a big boost today. Just before lunch 2 p.m. EDT, the Dow's four biggest winners all came from the pure-play technology side.

None of these big Dow gainers could hold a candle to Intel (NASDAQ:INTC). It's not every day that a Dow component with a $157 billion market cap jumps more than 7% overnight.

Intel just released a fantastic second-quarter earnings report. Shares already surged when Intel boosted its guidance mid-quarter, which is an event as rare as snowballs in Miami. But even the company's own updated targets turned out to be conservative, and Intel absolutely trounced the adjusted expectations of Wall Street analysts.

Moreover, Intel upped its guidance targets for the third quarter and full year. In 2014, sales should now grow by about 5% year over year. Analyst estimates currently point to 3.6%.

And it gets better: Doing the math on Intel's detailed full-year guidance, the midpoint of all the stated ranges works out to full-year earnings near $2.10 per share. That's way ahead of Wall Street's current $2.03 in full-year EPS projections.

CEO Brian Krzanich explained that Intel is doing better than expected in tablets and notebooks. Its chips have found their way into a plethora of Chromebook systems, which carves out a significant market share in portable computing as we speak. The Bay Trail family of portable system-on-a-chip products is leading the way. This modern chipset is cheap to make but still commands respectable street prices. This model now represents over 60% of Intel's sales into desktop markets and 20% of notebook orders, and its importance will continue to grow. 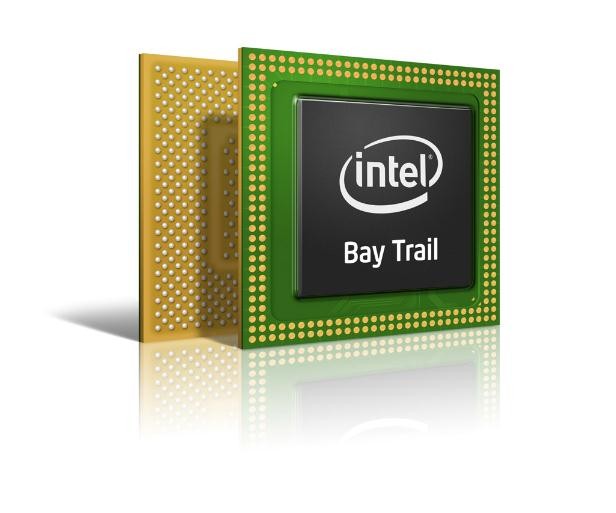 "This is enabling our growth at lower price points and in new segments like Chrome-based systems without sacrificing margin," explained Krzanich in last night's earnings call with analysts.

Bay Trail design wins are making Intel a force to be reckoned with in the mobile space. Krzanich noted that his company is "squarely on track" to ship 40 million Intel-based tablets in 2014, including 10 million units in the second quarter.

Intel still isn't talking about giving its dividend policy some long-lost payout-boosting love, but it did commit to buying back $4 billion of its own shares in the third quarter. As an Intel investor, I would have preferred some additional dividend spending and less money in buybacks, especially since shares are trading at multiyear highs. Buybacks are indeed shareholder-friendly, but they're not always the best use of a company's cash.

But I don't run the company. Like everyone else, I'll just have to sit back and deal with a stalled dividend-growth trendline. And anyway, that's nitpicking on an otherwise flawless quarter. Other than not promising the moon in dividend payments, Intel delivered more than analysts and investors were expecting -- and then set up road signs pointing to even more growth ahead.

If the PC is dead, nobody told Intel.

Meanwhile, International Business Machines (NYSE:IBM) has spiked more than 2% higher since Big Blue agreed to help push Apple into the corporate world -- and establish for itself a brand-new toehold in mobile markets. While the Microsoft-Cisco partnership reinforces an existing joint market, the Apple-IBM team opens up entirely new selling opportunities for both of the partners.