The Dow closed at a new record high as earnings season kept delivering solid results. Find out more about what made these three stocks soar.

The stock market pushed broadly higher on Wednesday, with investors largely focusing on positive news from corporate earnings season, and signs of consistent growth throughout the U.S. economy in the Fed's latest Beige Book report. Merger and acquisition activity also led to higher prices for many stocks. Among the best performers on the day were Intel ( INTC -0.51% ), Joy Global ( JOY ), and Alpha Natural Resources (NYSE: ANR). 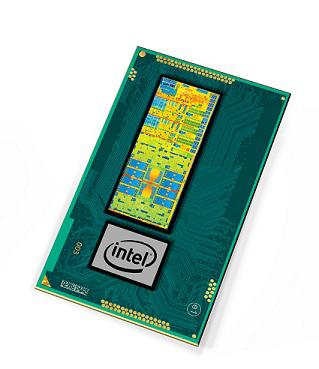 Intel climbed 9% after the semiconductor chip giant reported earnings that were even better than investors had expected. Intel had already let shareholders know that its results would exceed past guidance due to unexpectedly sharp demand for PCs, but some had feared that the positive impact on Intel's overall revenue from PC demand wouldn't last very long. Yet, Intel boosted its revenue estimates for the third quarter, as well, and the company now expects about 5% growth in full-year sales. Specifically, CEO Brian Krzanich said that the PC replacement cycle would last until the end of 2014 at the earliest, and combined with solid results from its data-center group, Intel looks like it's in great shape for further growth.

Joy Global gained 8%. Some explained the upward move for the maker of mining equipment by citing takeover rumors, while others pointed to the potential improvement in conditions in the mining industry. For more than a year now, Joy Global has struggled through rock-bottom commodity prices and weakness among the mining companies that are its primary customers. Yet, signs from elsewhere in the mining industry suggest that Joy Global's customers might finally be in a stronger position to consider capital expenditures, and if they follow through with equipment purchases, then Joy Global's business could finally start improving at a better pace going forward.

Alpha Natural Resources rose 6% in a broad-based advance for coal stocks generally. News of expanding economic growth in China helped stoke interest in beaten-down coal stocks, with China potentially being a huge customer for coal worldwide. So far, prices for metallurgical coal remain extremely low, but prospects appear to be improving in the sector. With thermal coal prices having behaved better in the recent past, some investors are more optimistic about Alpha Natural Resources and its peers finally emerging from the worst of the coal slowdown. Moreover, with inventories among U.S. utilities at extremely low levels after a cold winter, Alpha Natural Resources shareholders hope that the company can meet demand to restock those inventories, especially if natural-gas prices keep rising, and drive more demand toward coal-fired power generation.

These 2 Comeback Stocks Are Leading the Nasdaq Higher Today