Samsung (NASDAQOTH: SSNLF) is considering a new partnership with Under Armour (NYSE:UAA) to market wearable devices, according to a recent report from Yonhap News.

Samsung and Under Armour have worked together in the past. Samsung's S5 Sport, a new water-resistant and dustproof variant of the S5, was co-developed with MapMyFitness, a fitness app maker acquired by Under Armour last year. Through that partnership, S5 Sport owners will receive a 12-month MapMyFitness MVP membership, which offers premium features like audio coaching, training plans, heart rate analysis, and live tracking. 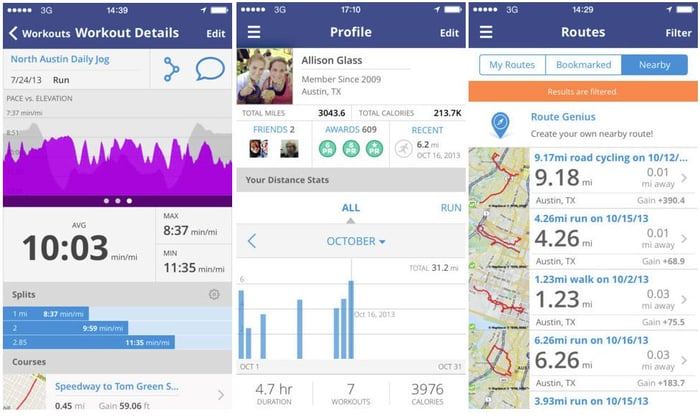 Let's take a closer look at why an expanded partnership between these two companies could be mutually beneficial as competition intensifies across the wearables market.

A reflection of Apple and Nike
To understand how Samsung could benefit from a deeper partnership with Under Armour, we should take a look at Apple's (NASDAQ:AAPL) partnership with Nike (NYSE:NKE).

Apple and Nike's partnership started in 2006 with the Nike+ iPod kit, which used a shoe sensor to transmit workout data to an iPod. Apple and Nike later expanded the system to allow iPods to record detailed workout information from compatible fitness equipment. When the iPhone and iPod Touch were launched in 2007, Apple added built-in Nike connectivity to iOS and eliminated the need for external dongles.

Therefore, the rumored discontinuation of the FuelBand, Apple's subsequent hiring of FuelBand designers, and Tim Cook's seat on Nike's board all suggest that Apple's "iWatch" could contain the best features of their previous collaborations. Apple's HealthKit platform will also draw data from the FuelBand and other iOS compatible fitness bands and apps into a single iOS 8 app known as Health.

MapMyFitness, which is available on iOS, Android, and BlackBerry, is also available on Galaxy Gear 2 -- which helps Samsung address the common criticism that the Gear requires Samsung's S Health app (only available for Samsung phones) to fully function.

Meanwhile, Under Armour's own wearable devices aren't impressive. Its main wearable device, the $100 Armour39 chest strap, can send heart rate to MapMyFitness or a companion watch, but both devices are overshadowed by comparably priced fitness bands from Fitbit, Jawbone, and Nike. Therefore, partnering with Samsung in hardware could be preferable to going at it alone.

Under Armour has also been using MapMyFitness as an analytics platform to find out when and how users work out, in order to offer them the right kind of apparel. Therefore, if Samsung can help MapMyFitness reach more users, that could generate more sales for Under Armour's core apparel business.

Samsung's greatest fear
Samsung controlled roughly 71% of the global wearables market in the first quarter of 2014 with 500,000 shipments. This was due to the aggressive launches of the Gear Fit, Galaxy Gear 2, Gear Neo, and Gear Live.

Yet it's clear that Samsung isn't sure what to do with these devices -- the Fit runs on a custom real-time OS, the Galaxy Gear 2 and Gear Neo use Tizen, Samsung's proprietary OS, and Gear Live runs on Google's Android Wear. Samsung is also trying to convince third-party companies to license its Simband modular technology to make new smartwatches with swappable biometric sensors.

But Samsung's half a million smartwatch shipments last quarter are a drop in the pond, considering that research firm ON World expects annual global smartwatch shipments to soar to 330 million by 2018. If Apple launches an iWatch by the end of the year, Morgan Stanley analyst Katy Huberty expects the device to sell 30 to 60 million units within the first year, completely crushing Samsung's fragmented, fledgling market in one fell swoop.

That's why Samsung is spreading its bets all over the map -- it hopes one of these ideas sticks, becomes popular, and gives it an idea of which way to steer its wearables business.

Like Apple and Google, Samsung also wants a piece of the consumer fitness market, which could ideally tie back to the hospital-based market through cloud-based data. Therefore, working with Under Armour, which is often considered the "next Nike," seems like a solid way to start.

Will Samsung Partner With Under Armour to Beat on Apple and Nike? @themotleyfool #stocks $UAA $NKE $AAPL Next Article
Current