Please ensure Javascript is enabled for purposes of website accessibility
Log In Help Join The Motley Fool
Free Article Join Over 1 Million Premium Members And Get More In-Depth Stock Guidance and Research
By Jonathan Cook - Jul 23, 2014 at 7:39AM

Don't write off coal just yet. It could be the next foundation for clean energy and oil production.

Scientists tell us that carbon dioxide (CO2) is bad and that it is the primary cause of climate change. While there is much controversy regarding the science and reality of climate change, the fact remains that governments are mandating changes to the energy market to reduce CO2 and mitigate the effects of climate change. 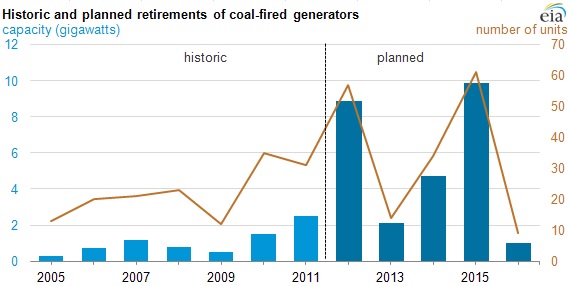 Coal is our friend?
However, there are two bright spots for thermal coal. The Australian Broadcast Corporation (ABC), Australia's public broadcaster, reports that electricity providers in that country are actually switching back to coal as the international price of natural gas is making coal a more cost-effective fuel to generate electricity. ABC also reports that Australian domestic gas prices may triple by 2021 as domestic producers elect to export gas to higher value international markets.

On the other hand, U.S. natural gas currently sits at about $4.10 per million British thermal units (MMBtu) as reported by the EIA, with futures even lower as reported by Bloomberg. However, the international price of natural gas, as reported by the Federal Energy Regulatory Commission (FERC) is much higher than the U.S. price. Natural gas in Asia and South America can be as much as three times the U.S. price, likely prompting U.S. domestic producers to develop export markets in pursuit of higher prices. In addition, even in the U.S., the converted energy cost of coal is significantly lower than natural gas, as reported by FERC, potentially pushing the U.S. electricity generators back to coal: 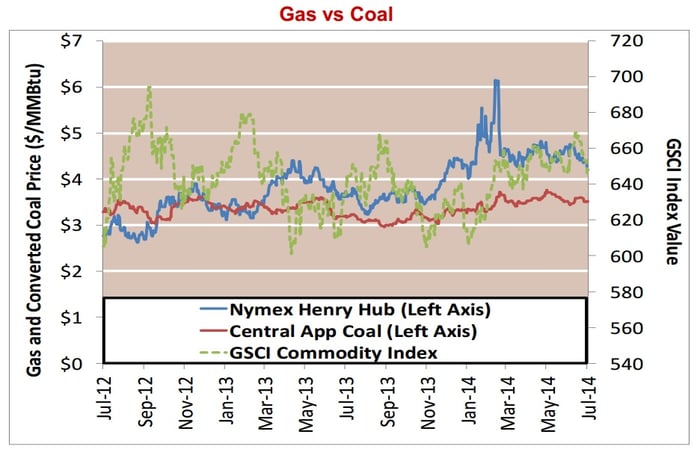 All of this together would indicate that thermal coal still has a future in the U.S. markets and, in particular, international markets. However, there is more good news for coal. The U.S. Department of Energy recently announced it has partnered with NRG Energy (NRG 2.14%) and JX Nippon:

The Department of Energy -- in partnership with NRG Energy and JX Nippon -- announced that construction has begun on the first commercial-scale post-combustion carbon capture retrofit project in the U.S., the largest such project in the world. The Petra Nova Project will use this cutting edge technology to help decrease the power plant's greenhouse gas emissions.

Climate change advocates will certainly applaud the reduction in greenhouse gas emissions, but FERC reports that the project promises to:

...capture 90 percent of the CO2... With this capture rate, coal-fired power generation would have a greenhouse gas footprint much lower than that of a traditional natural gas-powered plant.

Furthermore, the CO2 will be transported to the nearby West Ranch depleted oil field where it will be injected into the ground to dramatically improve the field's production. The CO2 will then be sequestered in the field. NRG and JX each own 25% of West Ranch (the rest is with privately held Hilcorp Energy) and jointly announced:

This is a mammoth 30 times increase in oil production for the field!

It's also the first commercial-scale project in the U.S. to remove carbon dioxide after the combustion process. That distinction is key, since it means the infrastructure can be added to an existing power plant. A different type of carbon-reducing technology requiring more advanced engineering typically can be installed only while a plant is under construction.

As such, the Petra Nova Project could go a long way toward easing the regulatory burden on coal while also generating a new revenue stream for coal-fired generating plants.

Foolish conclusion
Thermal coal may still have a bright future both in electricity production and, in a strange twist of fate, oil production. The Massachusetts Institute of Technology (MIT) reports that there may be nearly 50 billion barrels of recoverable oil from depleted fields using EOR techniques. This oil, along with a potential resurgence in coal-fired electricity generation, coupled with coal and natural gas exports, all point to a continued bright future in U.S. energy.

Jonathan Cook has no position in any stocks mentioned. The Motley Fool has no position in any of the stocks mentioned. Try any of our Foolish newsletter services free for 30 days. We Fools may not all hold the same opinions, but we all believe that considering a diverse range of insights makes us better investors. The Motley Fool has a disclosure policy.