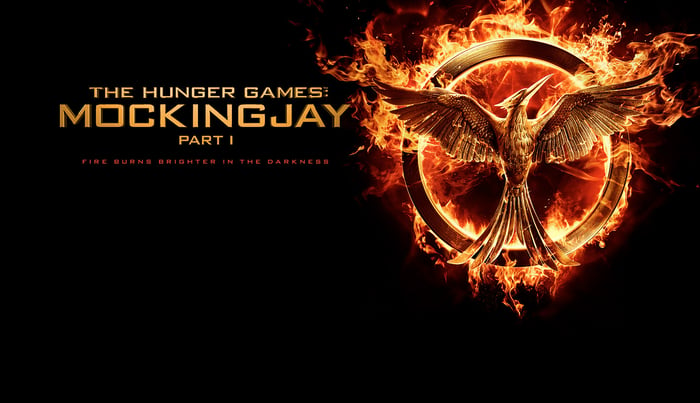 Except for promoting a pair of horror projects made in conjunction with World Wrestling Entertainment Studios, Lionsgate Entertainment (NYSE:LGF.A) isn't presenting in Hall H at Comic-Con 2014. Should investors worry that the studio is making a mistake?

Guest host Alison Southwick put this question to Fool analysts Nathan Alderman and Tim Beyers in this week's episode of 1-Up On Wall Street, The Motley Fool's Web show in which we talk about the big-money names behind your favorite technology, movies, toys, video games, comics, and more.

To be clear, Lionsgate has a booth, and will be previewing footage for Mockingjay. But it will be doing so sneakily: on Galaxy S tablets at a Friday event hosted with Samsung, which likely helped defray costs. Lionsgate is also whipping up a frenzy with an exclusive poster for fans.

That's not the same as giving a massive Hall H presentation, as the studio has in years past. Twilight and its sequels all but dominated the venue from 2008 to 2012, with tens of thousands of fans lining up for days to see the stars and special sneak peeks. The franchise went on to produce more than $3.3 billion in worldwide box office grosses, and hundreds of millions more when you add in DVD and Blu-ray sales.

Tim says it's unlikely that skipping Hall H this year will make a difference at the box office for either Mockingjay or Insurgent. Rather, investors should be heartened that Lionsgate is pursuing a more rebellious approach to building buzz. After all, frugality is one of the studio's noted advantages, and crucial for generating earnings growth -- and, ultimately, higher stock returns.

Walt Disney (NYSE:DIS) doesn't have the same excuse. Will skipping the Hall H frenzy amount to a problem for its forthcoming animated action pic Big Hero 6? Not likely, Nathan says, especially because the movie is related to the Marvel imprimatur that carries so much weight among moviegoers.

Now, it's your turn to weigh in. Do you think Lionsgate is doing enough to engage deep-pocketed fans at Comic-Con 2014? Click on the video below to watch Alison put Nathan and Tim on the spot, and then leave your take in the comments box below. You can also follow us on Twitter for more segments and regular geek news updates!