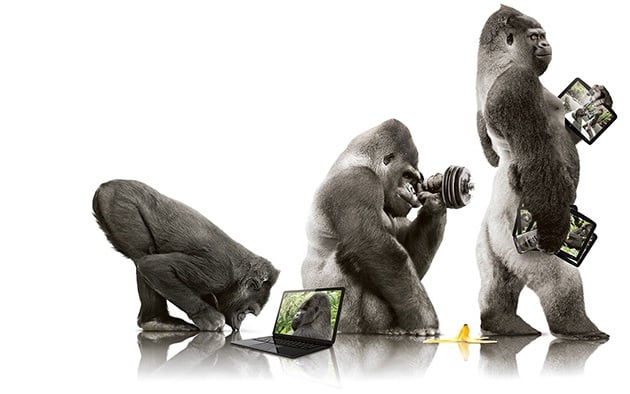 Ever since Apple (NASDAQ:AAPL) announced its sapphire supply agreement with GT Advanced Technologies (NASDAQ: GTAT) last November, speculation has swirled regarding what the folks in Cupertino are planning for their next round of iDevices. Given sapphire's superior scratch-resistant properties, one of the most prominent theories unsurprisingly involves Apple replacing Corning's (NYSE:GLW) widely used Gorilla Glass as its protective cover of choice.

Whether that actually happens in the near term remains to be seen, which is why I've explored a number of plausible scenarios. Early supply constraints, for example, could cause GTAT's sapphire to "only" find its way into Apple's widely anticipated iWatch device, or perhaps just in a higher-end iPhone model. Alternatively, as one recent Apple patent indicated, Apple could find a way for both GTAT's sapphire and Corning's Gorilla Glass to peacefully coexist in a single display cover that combines the best of both products.

Hints of losing Apple?
Of course, we can't know what will happen until Apple's expected new product unveiling in September. But in the meantime, we certainly can't rule out the possibility that Corning's Gorilla Glass could be entirely displaced.

Corning turned in second-quarter results Tuesday, stating that "Gorilla Glass sales were less than anticipated in the quarter, due to lower retail demand for smartphones and high-end tablets, and lower-than-expected sales for planned new models." [emphasis mine] As a result, sales for Corning's specialty materials segment -- which includes Gorilla Glass -- came in at $298 million for the quarter, relatively flat from the same year-ago period.

Even so, Corning still expects specialty material sales to increase 10% sequentially in the third quarter as demand for Gorilla Glass increases through the second half of 2014.

This glass house is stronger than you think
How badly would losing Apple's business hurt Corning? Not as badly as you might think.

First, specialty materials revenue comprised less than 12% of Corning's total $2.577 billion in second-quarter core net sales. And though Corning doesn't specifically break down exactly how much revenue it derives from each customer, its latest annual report states that three customers accounted for 47% of the segment's sales in 2013.

Even if we aggressively assume Apple accounted for even half that total -- and if those percentages hold roughly the same through today -- it would mean Apple was only responsible for roughly $70 million in specialty materials sales to Corning in the last quarter, or less than 3% of the glass maker's total revenue. That's nothing to scoff at, but it definitely doesn't merit the outright panic some Corning stock speculators have seemed to indicate would be appropriate.

Corning's not out of the woods yet
This brings up another significant threat to Corning's Gorilla Glass empire: other smartphone and tablet makers could eventually follow Apple's lead.

Over the near term, Apple will almost certainly require the bulk of GTAT's entire sapphire production capacity. But over the long term, you can bet GTAT will be hard at work securing new customers to expand sapphire's reach. If any of Corning's existing Gorilla Glass customers should decide the value proposition of sapphire is worth investing in as a differentiating factor for their respective devices, Corning's specialty materials segment will suffer.

In the meantime, however, Corning investors can take at least some solace knowing at the very worst, losing Apple's support of Gorilla Glass would only put a minor dent in its armor.