Some investors see  Home Depot (NYSE:HD) and Lowe's (NYSE:LOW) as risky investments these days. However, thanks to the 5 key charts below, not only can we gain key insights into each company's operatins but can also draw some key conclusions regarding each as a potential investment. 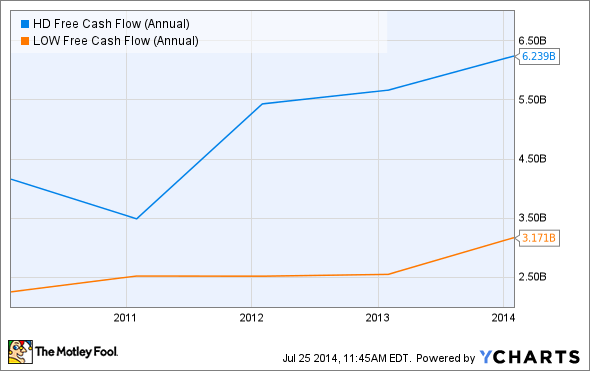 Home Depot has also generated its free cash flow at a faster pace than Lowe's over the past five years: 50.01% vs. 40.62%. As usual, it's a tight race with Home Depot coming out on top. However, this is only one of the five key metrics.

Debt-to-equity ratio
When first glancing at the chart below, you will estimate that Home Depot is at more "risk" due to more debt accumulation than Lowe's. But there are two key points here. One, neither company is in dangerous territory. They both generate enough cash flow to pay off their debts. The second point will be below the chart: 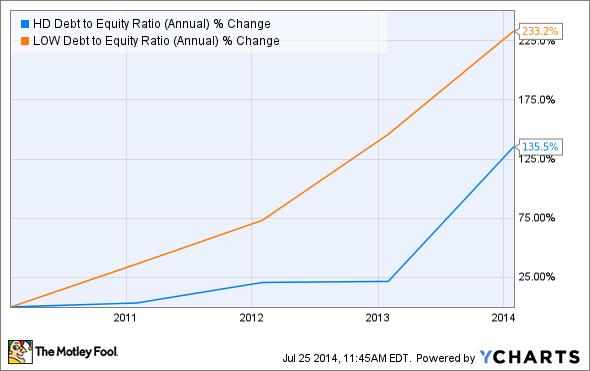 Revenue
Revenue can be tricky because it includes sales at new stores. However, a retailer isn't going to increase its store count unless it's confident in its future prospects. Therefore, while revenue can be misleading and overexcite investors at times, it's still an important metric. Since Home Depot is a much larger company, we'll take a look at revenue growth over the past five years: 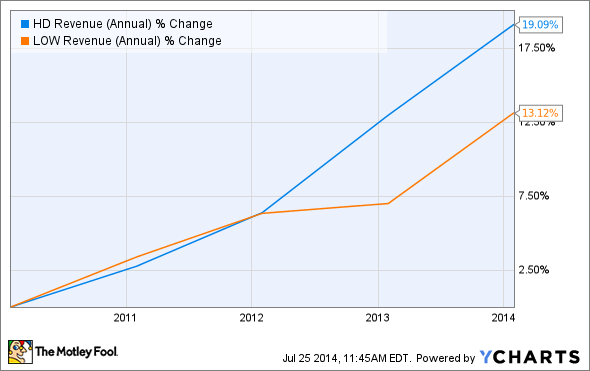 Once again, Home Depot is more impressive. Perhaps Lowe's has outperformed Home Depot for the more-important metric of net income over the past five years? 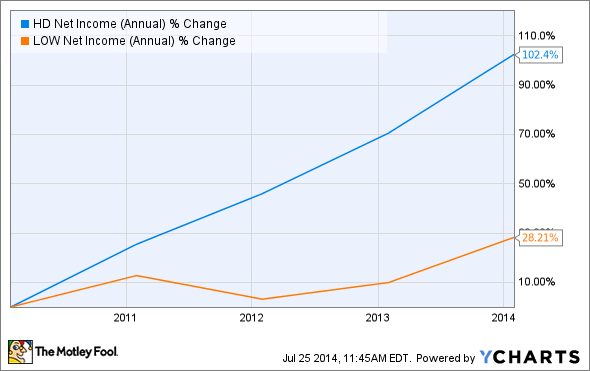 Just keep in mind that Lowe's is far from a loser. It's actually a very well run company that's likely to have a bright future. If Lowe's were being compared to most big-box retailers -- as opposed to Home Depot -- it would look impressive. Now, let's take a look at that last key metric -- arguably the most important one of all for investors. 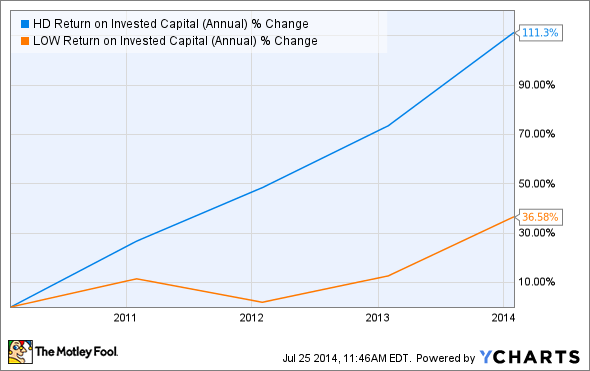 Better yet, Home Depot expects its ROIC to improve to 24% for the fiscal year.

The bottom line
Home Depot is clearly a better investment at this point in time. The one edge (and it's a big one) that Lowe's has for the future is that it's MyLowe's loyalty program has a better chance of capturing the all-important millennials generation. This could lead to significant changes for the key metrics above in the future, but this isn't a guarantee; Home Depot can implement an initiative of its own to capture this increasingly important segment of the population. And as of right now, Home Depot is the clear leader in the home- improvement space.