This drone could soon be used to provide Internet connectivity around the globe. Credit: Facebook/Internet.org.

If two out of three people in the world don't have access to a technology that's crucial to your business, what's the most logical course of action?

You make that technology available to them, right? Of course, that's easier said than done on a global scale -- but it's exactly what both Facebook (NASDAQ:FB) and Google (NASDAQ:GOOG)(NASDAQ:GOOGL) are doing with the Internet right now.

That's right: According to Internet.org -- which Facebook was instrumental in launching last summer -- two-thirds of the world's population currently doesn't have access to the Internet. And considering the revenue streams of both Facebook and Google are entirely dependent on Internet-centric products, it's naturally in both companies' best interests to bring the Web to these unreached masses.

So how in the world are they tackling this monumental task?

From the air ...
First, both Facebook and Google have significant initiatives in place to bring the Internet to consumers from above. 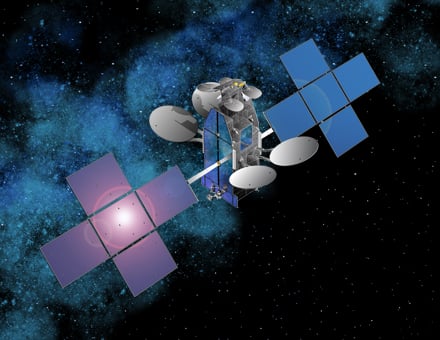 Last month, for example, The Wall Street Journal reported that Google was set to spend between $1 billion and $3 billion on a project initially involving the launch of 180 small high-capacity satellites orbiting the Earth at relatively low elevation. Google has also hired engineers from commercial satellite manufacturer Space Systems/Loral to work on the project, which is said to include a later phase aimed at potentially doubling the number of satellites involved.

That's not to say all of Google's eggs are in one basket. Last summer, the company launched Project Loon, an experimental effort to use high-altitude load-bearing balloons -- yes, balloons -- to beam Internet access to the ground with speeds at least as fast as today's 3G networks. And in April, Google spent an undisclosed sum to purchase Titan Aerospace -- a manufacturer of solar-powered drones, which, by the way, Facebook was reportedly also considering as an acquisition only weeks before. Titan, for its part, boasts drones that can stay in uninterrupted flight for as long as five years.

In late-March, Facebook had already acquired U.K.-based maker of solar-powered drones (and Titan competitor) Ascenta for roughly $20 million, while simultaneously unveiling new details on what CEO Mark Zuckerberg dubbed his company's "Connectivity Lab." To start, Zuckerberg wrote at the time, the Connectivity Lab team was actively identifying the most effective Internet delivery mediums it could achieve through a combination of drones, satellites, and lasers.

So what does that mean? Check out this video, which elaborates on Facebook's approach:

... and into your hands
But once it's there, the Internet is of little use without the right hardware and software to take advantage of it, yes? And an ever-increasing number of those accessing the Internet in emerging markets happen to be doing so through mobile devices.

Of the 632 million Internet users in China as of last month, for example, roughly 527 million -- or 83% -- accessed the Web through a mobile device. By comparison, 81% of the total user base accessed the internet using personal computers, marking the first time the number of mobile Web users had overtaken PC Web users in the country.

That's why Google used its I/O conference last month to announce Android One, an Android reference platform aimed at helping OEMs bring ultra-affordable smartphones to emerging markets in a more cost-effective manner. Through Android One, Google wants to reduce manufacturers' costs by identifying the necessary components for such devices, then pre-qualifying suppliers to ensure those components work together properly.

Google will use Android One to bring affordable smartphones to emerging markets, Credit: Google.

Google will also provide access for Android One OEMs on the software side to its Play store to help them add relevant localized apps, and will automatically handle the software updates for these devices to ensure version uniformity. Google plans to roll out the Android One program this fall in India beginning with three partners -- Micromax, Karbonn, and Spice -- and has voiced its intention to bring it global in the coming years.

Finally, let's not forget Facebook's $19 billion February acquisition of mobile messaging specialist WhatsApp, which requires the aforementioned connectivity as it uses smartphones' data plans. At the time of the acquisition, WhatsApp was adding 1 million users per day to its already-impressive 450 million user base, and Zuckerberg made it very clear that his company's primary goal wasn't to help it achieve near-term profitability, but rather to ultimately allow WhatsApp to "focus on connecting 1, 2, 3 billion people."

Foolish takeaway
Whether some or all of these initiatives actually pan out as Google and Facebook currently envision remains to be seen. But if we know one thing for sure, it's that both companies are plowing an immense amount of time and effort into reaching the untapped reservoir of billions of waiting consumers. In the end, and as the Internet-centric plans of Google and Facebook continue to move forward, it increasingly appears only a matter of time until they succeed.