Please ensure Javascript is enabled for purposes of website accessibility
Free Article Join Over 1 Million Premium Members And Get More In-Depth Stock Guidance and Research
By Patrick Morris - Aug 3, 2014 at 7:32AM

The motives of Wal-Mart and how much it pays its employees is often questioned, but it turns out, one big name store falls well behind it in paying its managers.

The latest data is in. And a new report reveals that Starbucks pays some of its employees far less than what Wal-Mart pays for similar roles.

In its recently released paper Do Large Modern Retailers Pay Premium Wages? the National Bureau of Economic Research examined how the growing retail footprint of massive stores like Wal-Mart is changing how Americans get paid. 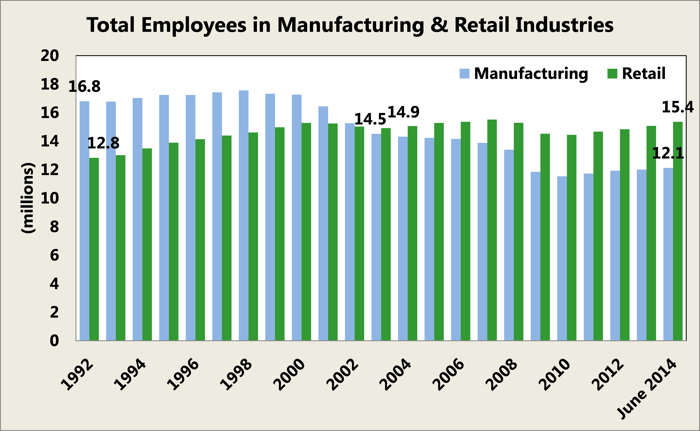 As a result of the American economy shifting away from manufacturing and more toward retail, many have begun to wonder what exactly this means for individuals. The National Bureau of Economic Research study notes, "there is concern that middle-class jobs in manufacturing in the U.S. are being replaced by minimum wage jobs in retail." 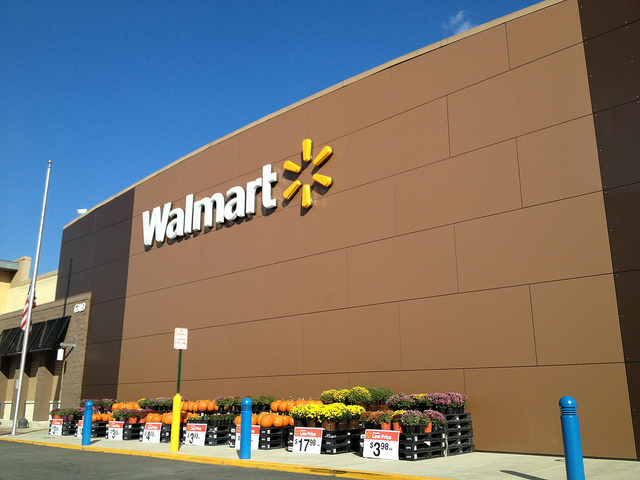 The largest retailers are also becoming more powerful. The four biggest retailers, including Wal-Mart, accounted for 5.2% of all sales in 1987, by 2007, that figured stood at 12.3%. The economy is not only moving away from manufacturing, but also away local mom and pop retail stores.

So the natural question then becomes, what does this mean for workers?

According the National Bureau of Economic Research study, the average hourly wage in manufacturing of $24.33 far outpaced that in retailing, which stood at $16.64.

But the paper also reported, regardless of the industry, there were wide gaps between what managers and non-managers made, and as a result, "retail jobs and manufacturing jobs share a similar structure of pay."

Yet one of the most interesting things was the wide gap between what individuals make at specific retailers:

While it may come as no surprise that individuals working at Whole Foods (NASDAQ: WFM) and Costco (NASDAQ: COST) make significantly more than those at Wal-Mart -- 40% in the case of Costco -- it likely comes as a surprise an individual at Starbucks (NASDAQ: SBUX) will earn only 5% more.

But that isn't the real shocker. As when considering the management positions, things look even more different:

As you can see, across the three levels of management, Wal-Mart surprisingly far outpaces Starbucks. Even though the pay is lower at Starbucks, the study also highlights one of the reasons this may be is that "its establishments are smaller."

The key takeaway
It's important to note the charts above only show the pay offered by the retailers and doesn't reflect other benefits -- like the College Achievement Plan offered by Starbucks -- but it's interesting to see that management positions at Wal-Mart may be more lucative than similar position at more highly thought of retailers.

Wal-Mart's size makes it the easy target for low-wage criticism, but compared to other retail outlets,Wal-Mart's pay policies are extremely unique.