Samsung (NASDAQOTH: SSNLF) just delayed the launch of the Samsung Z, the first smartphone to run the company's own open-source operating system, Tizen.

Samsung originally intended to launch the device -- which features a 4.8-inch HD screen, a 2.3 GHz quad-core processor, 2GB of RAM, and 16GB of internal memory -- during the third quarter in Russia, followed by subsequent launches in other markets. Samsung's official explanation was that it needed more time to "enhance" the Tizen ecosystem with more apps.

But is the Samsung Z just delayed, or is it already doomed? Let's take a closer look at why Samsung created Tizen, and why it could be a terrible idea.

Why does Samsung want to part ways with Google?
Samsung would have never claimed 25% of the global smartphone market without Android. Yet as Samsung's handset market share grew, it realized it could grab a chunk of Android's 85% global market share in handset operating systems if it weaned its own users onto Tizen. In theory, Tizen could become the third-largest OS after Android and Apple iOS if Samsung can convince just a fraction of its handset owners to switch over.

Google isn't oblivious to Samsung's plans. Last February, The Wall Street Journal reported that Google was helping companies like HTC and Hewlett-Packard plan new devices to keep Samsung's growth in check. Shortly afterwards, Samsung launched its own app store for Android devices to challenge Google Play. This was a clear threat to Google's revenue, since Google and its distribution partners get a 30% cut of Google Play sales. This January, Google also expressed its dismay with Samsung's new Galaxy Tab Pro, which featured a heavily customized version of Android that resembled Windows 8 more than stock Android.

That's a lot of saber-rattling on both sides, but Samsung and Google clearly are not yet ready to part ways. Along with its Tizen smart watches, Samsung launched the Gear Live smart watch, which runs on Android Wear, a slimmed-down version of Android for wearables. Samsung also worked with Google to launch KNOX, a more secure version of Android designed for enterprise customers, late last year. In June, Google announced that it would use KNOX technology to improve the security of Android L (5.0).

Why Tizen is a terrible idea
A Tizen-powered smartphone sounds ambitious, but it's also a terrible idea. These days, app developers flock to the platforms with the most users. This means that app developers generally launch apps for Android and iOS first. Windows Phone users generally get the more popular apps a year later, while BlackBerry users are completely ignored. 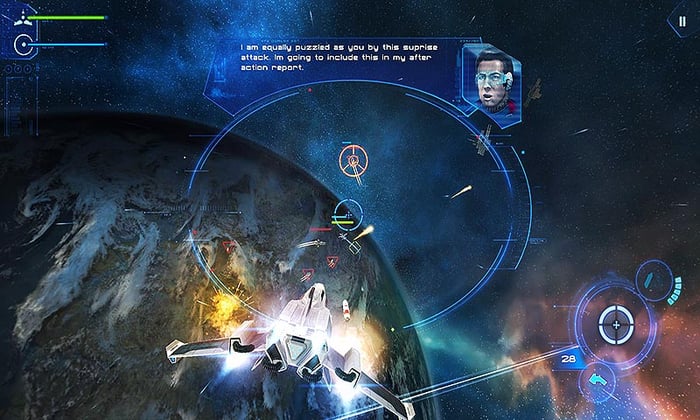 Launching an alternative OS smartphone is also something you'd expect from underdogs, not market leaders. Firefox OS, for example, is mainly supported by Alcatel, ZTE, and Huawei. Meizu and BQ back the smartphone version of Ubuntu. Launching a Tizen phone makes Samsung look like an adult who's dressing up in kids' clothes.

Samsung's second-quarter earnings also indicate that it's not the best time to declare its independence from Google. Samsung's net profit plunged 20% -- its first year-over-year decline in nearly three years -- due to stiff competition from cheaper Chinese phones.

The Foolish takeaway
During a Moscow conference, a Samsung executive told app developers that the key advantage of making Tizen apps was that they would be "at the top in a half-empty store on a decent premium device." While that sounds like an appealing proposal, it doesn't make sense if no one buys said "premium device."

Samsung's efforts with Tizen are ambitious, but they won't hold together for a simple reason: The company rose to prominence selling Android devices. Switching operating systems just as hardware sales start to decline would be suicide. It would be like HP replacing Windows with a proprietary Linux-based OS on all of its desktops to declare independence from Microsoft.

Looking ahead, investors will definitely see escalating tension between Samsung and Google. But as the Samsung Z's delay has shown us, this powerful odd couple of tech will likely remain joined at the hip for the foreseeable future.