DISH Network (NASDAQ:DISH) on Wednesday delivered its second-quarter financial results. And the numbers didn't do much to change the overall story: Pay TV is still in a stubborn, yet profitable, decline. 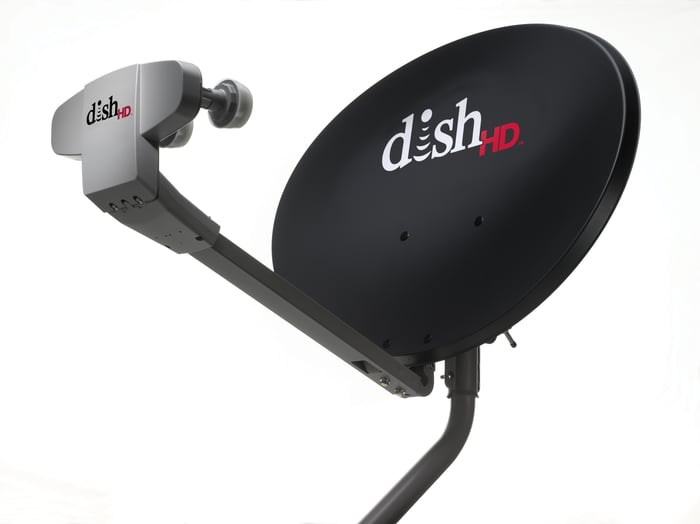 For the quarter that just ended, DISH's sales ticked up by a healthy 5% to reach $3.69 billion. However, nearly all of those gains came from higher package prices, and not from a growing army of satellite dishes pointing at the sky. In fact, the TV provider lost 44,000 members over the past three months on a net basis, leaving total membership at 14 million. Sure, that was an improvement over the 78,000 that DISH shed in the prior year's period, but that's not much of a silver lining.

The overall results mirrored those of rival DirecTV (NYSE:DTV), which is the industry leader with 20 million domestic subscribers and posted its own quarterly figures last week. Like DISH, DirecTV shed customers in the U.S. last quarter, albeit at a slower pace than before. Meanwhile, price boosts helped both companies log increases in average revenue per user, or ARPU. Those ARPU gains were a big reason revenue is still growing even as their subscriber bases aren't.

Both companies also cited "competitive pressures" as a key reason that churn, or the rate at which subscribers cancel, has remained elevated. And like DirecTV, DISH reported a large jump in profits this quarter as earnings climbed to $0.46 a share from last year's $0.02 loss.

Still, a straight-up comparison shows that DirecTV is outperforming DISH in many key financial metrics, which is likely a big reason why AT&T is buying DirecTV and not its smaller rival.

For example, DISH's churn rate was 1.66% in the second quarter, significantly above DirecTV's 1.55%. ARPU was solidly higher for DirecTV, at $103 versus DISH's $84. And the same goes for profitability: DISH's operating profit margin was 12% while DirecTV's was 18%.

Key takeaway
The two biggest satellite TV providers are suffering from a tough economic environment, and it doesn't seem likely that pay-TV subscriber growth trends will turn sharply positive anytime soon. However, for investors interested in this market, DirecTV looks like the better choice right now, as it's doing a better job at weathering these struggles.