When Google (NASDAQ:GOOGL) (NASDAQ:GOOGL) launched its fiber Internet network, Google Fiber, it was clear that one possible impact would be increased competition in the notoriously noncompetitive home Internet space.

And that's exactly what happened.

In Kansas City, one of Google Fiber's first locations, both Time Warner Cable (NYSE: TWC) and Comcast (NASDAQ: CMCSK) bumped up their Internet speeds this week -- sometimes by more than double -- while keeping the same monthly price.

As the Kansas City Star reported, Comcast is doubling speeds for two of its packages and upping another package by nearly 50%. The top upgrade for Comcast will take Internet speed from 105 megabits per second to 150 Mbps in the city, while Google Fiber hits 1,000 megabits per second, or 1Gbps.

Google offers its 1Gbps service for just $70 per month. For half that speed, Comcast charges about $400 per month in most of its markets.

As the Star noted, Comcast offered similar upgrades in California and Texas before it brought the higher speeds to Kanas City. Google Fiber had been closed to new customers in Kansas City for a while, but a few weeks ago the company reopened sign-ups for its fiber service through the beginning of August -- giving Time Warner and Comcast a big incentive to increase Internet speeds for existing customers.

The bigger picture
Time Warner Cable today holds about 13% of the U.S. home broadband market, while Comcast has 24%. The two companies are in the middle of merger talks, with Comcast offering to buy Time Warner Cable for $45 billion in stock. That would give the merged company a combined U.S. Internet home service market share of 37%.

Even if a deal isn't reached, these cable giants face no immediate threat from Google Fiber. But that could easily change as Google moves into new cities. Evercore Partners estimates that Google Fiber could claim up to 3 million customers over the next seven to nine years -- making it one of the top 10 Internet providers in the U.S. 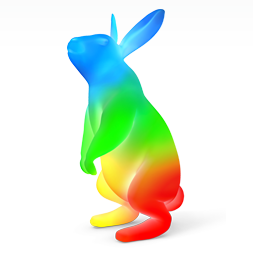 Aside from Comcast and Time Warner upping their speeds, Google Fiber has taken on AT&T's U-verse with GigaPower service as well. A few months ago, Google announced that Fiber would come to Raleigh and Durham in North Carolina, where AT&T already offers high-speed service. Last year, AT&T announced it would bring its service to Austin, Texas, just a day after Google said it would come to the city.

One reason Google likely wants to expand its own Internet service is to ensure it isn't controlled by the biggest Internet juggernauts in the U.S. Think of how Netflix paid Verizon and Comcast to make sure its video streaming service receives fast connection speeds in certain markets.

In February, Google announced that it was considering expanding Fiber into 34 new cities. Though it's unlikely the company will come to all of them soon, the possible expansion shows just how serious the company is about taking on the Internet service industry.

Earlier this year, Carlos Kirjner of Bernstein Research wrote that Google Fiber's growth might not bring the Internet giants down right now, but could bring big changes in the future: "It may not make a huge difference for Google or for the incumbents in the next one, two or three years, but Google is taking the long view and we think in five or more years, it could turn out to be a significant, profitable business for Google and headwind for incumbents."

With Comcast and Time Warner already responding in markets in which Google Fiber is growing, this may just be the beginning of real competition in the home broadband space.